The British Boxing Scene - A Look Ahead

It was a tough festive period for British boxing. At a time when the sport in the UK is normally shut down, two of the bigger names took fights in America and lost. The defeats for Callum Smith and Luke Campbell were not unexpected. But it did expose the idea that the sport in the UK is lacking in depth right now.

Any review of UK boxing in 2020 would make Tyson Fury man of the year was, without doubt. Boxing is not just about men these days and it was a remarkable year for Britain’s female boxer, as the number of world champions went from zero to three – Terri Harper, Chantelle Cameron and Savannah Marshall.

Indeed, it is easy to look to Fury, Anthony Joshua and Josh Taylor and think the sports is in rude health. But right now, British boxing is in a transition stage and the coronavirus pandemic has had a big impact on the development of the next string of headliners. 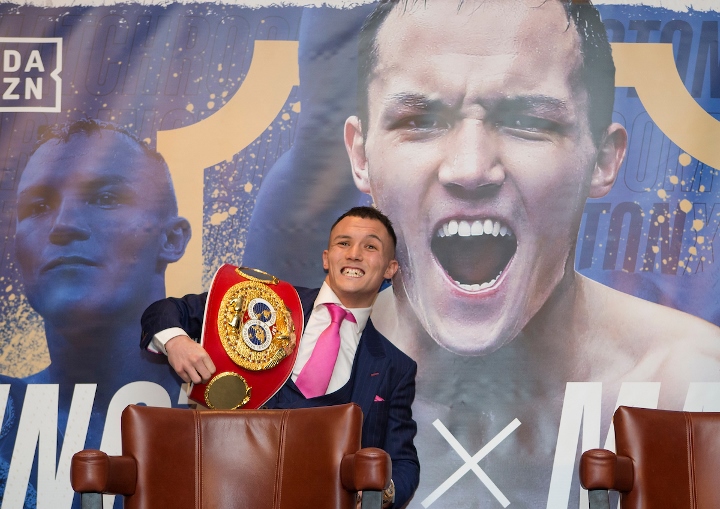 Wind back 12 months and think of the list of British boxers who were expecting 2020 to be a career-defining year. Josh Warrington, the IBF featherweight champion, jumped ship from Frank Warren back to Eddie Hearn in expectation of a big unification fight – against Gary Russell Jr, Shakur Stevenson or Can Xu – while Chris Eubank Jr was expecting to be in the middleweight mix have appeared, albeit briefly, on a big PBC show the previous December. Neither boxed in 2020. Billy Joe Saunders, the WBO super-middleweight champion, did box but has seen his career stagnate.

Joshua Buatsi, who was Hearn’s hope as his next big thing, spent most of the year treading water, while Josh Kelly did not box. On the other side of the promotional fence, Frank Warren’s biggest two hopes, Daniel Dubois and Anthony Yarde, both lost.

Add to that Smith and Kal Yafai losing world titles, plus defeats for Dillian Whyte and Kell Brook and 2020 shaped up as a pretty tough year.

The very nature of the sport is today’s champions are built by sweeping away yesterday’s heroes. But coronavirus has exacerbated short termism and a dash for cash. “No easy fights,” Eddie Hearn said at the launch of Fight Camp last summer. No one would really argue about that, but careers in boxing still need building. Apart from a Fury-Joshua clash, one of the big fights being talked up right now in Amir Khan and Brook. Yes, it’s 2021, not 2016. But it’s a fight that sells, or more to the point a fight makes a profit at a time when few in boxing are making any money at all.

With record numbers of deaths and infections being announced on an almost daily basis in the UK, it is difficult to plan ahead with any confidence. What is certain is that those with TV deals in place hold all the power at the moment.

Warren’s Queensberry Promotions are in the middle of a long-term deal with BT Sport, but Matchroom’s exclusive deal with Sky Sports is due to end this summer.

On the face of it, this is not the best time to be negotiating new TV deals. A massive drop in advertising revenue has put pressure on television companies to cut costs and sports rights will be an obvious target for savings.

Matchroom have promoted shows for Sky’s since they first signed up Chris Eubank in the 1990s. It was in 2012, though, that Eddie Hearn persuaded to make them their exclusive boxing promoters. The deal was extended in 2015 to run until 2021. Barney Francis, the Sky Sports managing director who agreed the deal, has now left the company.

One reason to believe that Sky will want to keep a big boxing presence is the fact that the sport makes them money, through their pay-per-views shows. Hearn has been rumoured to be considering switching his UK operations to DAZN, which launched globally last month. But that seems unlikely. The ties between Matchroom and Sky go well beyond boxing and include darts, snooker, pool. Golf, gymnastics and even fishing.

This week Hearn will announce five shows that will take Matchroom virtually up to the end of their Sky deal. It will feature Warrington, Kelly, Harper and the Whyte-Alexander Povetkin rematch. BT Sport kicks off with Jamel Herring against Carl Frampton, another boxer whose career could be on limited time if he doesn’t win.

Keeping boxing going and in the public eye is all important in the current climate. But, right now, Britain could do with a few winners.

[QUOTE=Sid-Knee;21018094]Only someone incredibly dumb could miss the AJ vs Fury fight coming up. Oh, and blind as f3ck. You're welcome. What fight is coming up for the Americans? None because they're all cowards and hype jobs who are grotesquely overrated…

[QUOTE=tokon;21017565]If Broke-Khon is the biggest fight on the horizon for British boxing then it really is in trouble . . .[/QUOTE] Only someone incredibly dumb could miss the AJ vs Fury fight coming up. Oh, and blind as f3ck. You're…

This American based post is based on smith and Campbell losing - haha! What a story out of nothing