Natasha Jonas has been handed her return date.

The former WBA International female super-featherweight champion has been out of action since July when she made it two wins since suffering her first defeat in the paid code.

Jonas, 35, has a record of 8-1 with six quick since turning over following a stellar amateur campaign.

And ‘Miss GB’, who is trained by Joe Gallagher and managed by MTK Global, will be back in the ring on November 15 at the Eventim Olympia in Liverpool.

She has been confirmed as an addition to a card promoted by her management outfit that is set to be topped by the comeback of former WBA ‘regular’ super-middleweight champion Rocky Fielding.

The card, which is also set to feature former four-time world title challenger Martin Murray, will be screened exclusively live worldwide on iFL TV and in the States on ESPN +, as part of a link-up with Bob Arum’s Top Rank Inc.

Alex Dickinson, who suffered his maiden defeat in the paid code last time out, losing to Kamil Sokolowski in Leeds back in June, will be back in action and looking to get back to winning ways, while both John Quigley and Ged Carroll –– both of whom featured on the aforementioned card in July –– have also been awarded slots.

Sean Turner makes his long-awaited comeback and James Heneghan and Mikey Hedges –– who return on Saturday at Greenbank Sports Academy in Liverpool –– will also box. 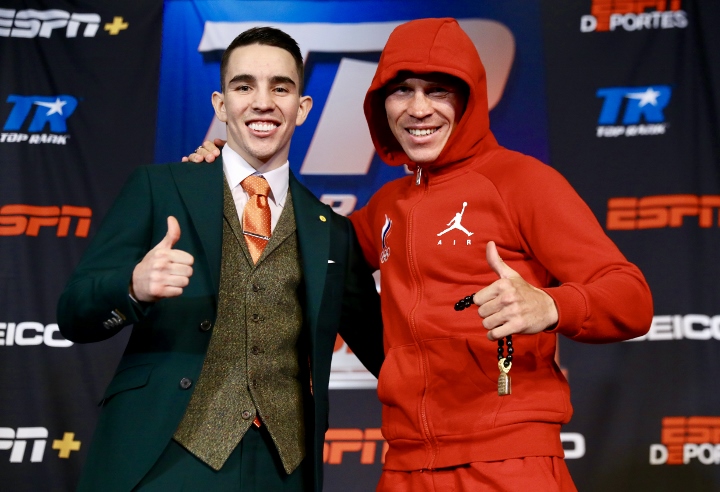 Michael Conlan will finally rematch Vladimir Nikitin before the end of the year.

The Belfast fighter (12-0, 7 KOs) has agreed to fight his former amateur foe on a big Top Rank card on December 14.

Conlan, who was set to meet Nikitin (3-0) on August 3 at Falls Park in Northern Ireland before the visitor pulled out citing a bicep injury, was infamously cheated out of a place in the semi finals of the Rio Olympic Games.

The news of Nikitin's withdrawal from the clash which was set for last month prompted everyone to accept that the rematch ship had sailed and the revenge mission was over. However, the 27-year-old will get the chance to put the Russian in his rear view mirror at Madison Square Garden come Christmas time.

Further details regarding the card, which is set to be headed by Terence Crawford’s WBO world welterweight title defence against Egidijus Kavaliauskas and will also feature Richard Commey’s IBF world lightweight title clash against his mandatory challenger Teofimo Lopez, will be revealed in due course.

This fight should really be put off until Nikitin gains more pro experience. Eric Donovan (BUI champ) or John Joe Nevin would be more competitive contests for Conlan right now.

[quote=tophat1;20063178]obviously conlan wants revenge but nikitin hasnt had time to settle in the pro game. Its too early for this year rematch[/quote] agree 1000%!!! Top skank knows something and wants out now.

Michael Conlan will finally rematch Vladimir Nikitin before the end of the year. This makes ZERO sense??? This tells me Nikitin is dog sht???

Obviously conlan wants revenge but nikitin hasnt had time to settle in the pro game. Its too early for this year rematch

Conlan Vs Andoni Gogo works nice afterwards & would give Mick his first chance at a genuine title.