Shannon Briggs believes KSI is in for a rude awakening Saturday night.

The former WBO heavyweight champion contends that Logan Paul is a completely different fighter from the man KSI fought to a majority draw in their six-rounder 14 months ago. That’ll result, according to Paul’s trainer, in his fighter breaking down KSI in their cruiserweight rematch at Staples Center in Los Angeles.

Briggs also took exception to KSI, whose real name is Olajide Olatunji, stepping up on the ring apron Wednesday to threaten Paul during his open workout in Los Angeles. 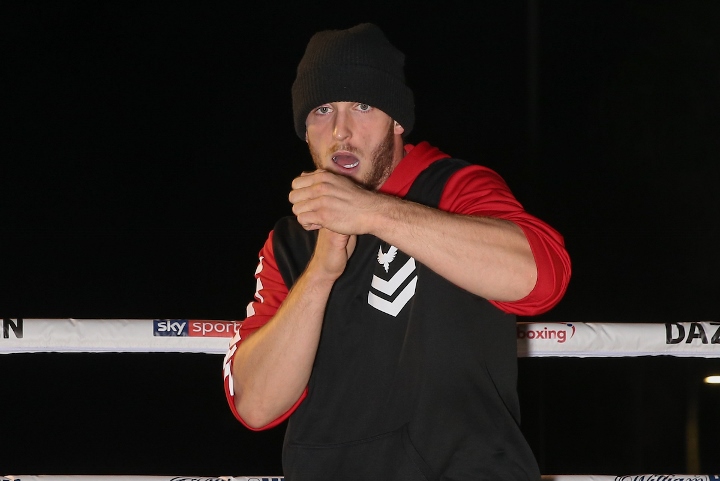 Paul and KSI, fierce rivals on social media platforms, boxed to a majority draw in a six-round amateur match in August 2018 at Manchester Arena in Manchester, England. The bout between Paul, an American from Westlake, Ohio, and KSI, of Watford, England, produced 1,005,000 pay-per-view buys on YouTube and generated eight figures in overall revenue.

Their rematch has been sanctioned by the California State Athletic Commission as the professional boxing debut for both men.

“He’s in phenomenal shape, the best shape I’ve ever seen a human being making a pro debut, that I’ve witnessed, with my own eyes,” Briggs said of Paul. “I’ve been blessed with the opportunity to be part of this team and this camp. And I’ve gotta tell you, man, this kid is a machine. He has legs … He has a great jab. He has speed. He can take a punch. He has the makings of a future champion, for sure. I promise you.”

Briggs senses KSI doesn’t quite realize what he has gotten himself into by agreeing to this professional fight.

“Well, if you look at the footage, they came up on the ring, which I’ve never seen before,” Briggs said. “Guys coming up, during the media workout, to come [in] the ring. You know what I’m saying? And I’ve never seen that in my years of boxing. But to be honest with you, this kid’s new to boxing. So, I understand he doesn’t know the rules. But he’s gotta understand this is not YouTube anymore. This is professional boxing, so welcome to the pros, brother. It’s like when you get to prison for the first time. Let’s go, champ.”

DAZN will stream the Paul-KSI rematch as the main event of a show scheduled to start at 7 p.m. EST/4 p.m. PST in the United States. It’ll headline a Sky Sports Box Office pay-per-view event in the United Kingdom (£9.95; midnight GMT).

I don't know about Paul, but I hope the cannon is making some bank here. Fkin business p u s s i e s took lots of his cash. Fkin lawyers.

Briggs should post on NSB... He would feel right at home

Briggs was set to fight for a HW belt against a 48 or so year old Fres Oquendo. Fres Oquendo! A phony belt sure but if he won that fight he could have monetized it and gotten a big payday/beating…

STFU with your fake dick you were pissin out of for years to hide your PED cheating punk.