Briggs: Paul Has Money, He's White; Could Be Heavyweight Champ

Shannon Briggs understandably has taken a lot of flak for predicting Logan Paul could become a heavyweight champion within five years.

The 24-year-old Paul, a social media star, has one amateur boxing match on his resume. That six-round bout was contested at cruiserweight, versus another completely inexperienced opponent, and it resulted in a majority draw. 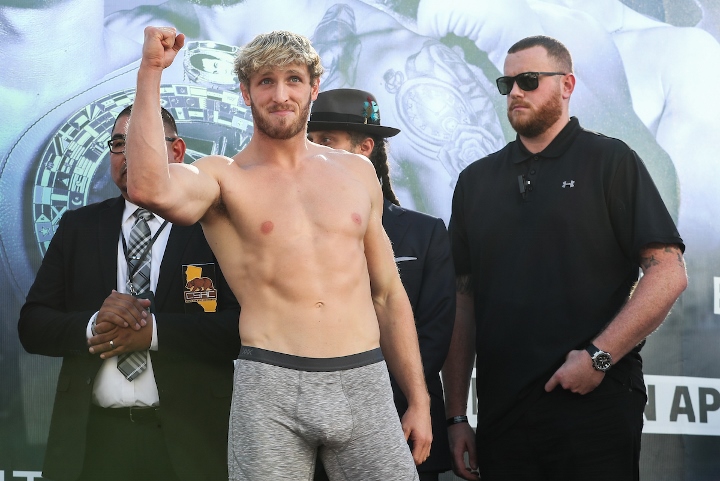 Briggs’ basis for his outrageously ambitious boast, however flawed it might be, is that if he could become heavyweight champion, Paul is completely capable of doing the same thing. The 6-feet-4, heavy-handed Briggs had nearly 40 amateur bouts, some against elite fighters from around the world, before making his pro debut in July 1992, at the age of 20.

“Guess what – he has more money than I had,” Briggs told BoxingScene.com. “So, he’s got the top trainers, the top masseuse, the top medicine, the top food – the man has everything. He has everything now, where he can be heavyweight champion in three to five years. And if not, he’ll be in contention, where he’ll be the first multibillion-dollar fighter. He’s handsome, he’s white, he speaks well, no tattoos. He made mistakes in the past.

The Brooklyn-bred Briggs went 60-6-1, including 53 knockouts and one no-contest, in a star-crossed career that spanned parts of three decades.

Almost nine years later, Briggs upset Siarhei Liakhovich by 12th-round technical knockout to win the WBO heavyweight title. Briggs was behind on all three scorecards when he stopped Liakhovich in the final round of their November 2006 bout in Phoenix.

Briggs also suffered a TKO loss to Lennox Lewis and a lopsided, 12-round, unanimous-decision defeat to Vitali Klitschko in fights for the WBC heavyweight title. He was supposed to fight Fres Oquendo for a version of the WBA belt in June 2017, but Briggs tested positive for performance-enhancing drugs the month before their bout and it was canceled.

It’s highly unlikely that Briggs, who’ll turn 48 next month, will find himself in position to fight for a heavyweight title in the future. He is supposedly steadfast in his belief that the same can’t be said about Paul.

“I stick to my word because I was able to do it,” Briggs explained. “I had about 40 amateur fights. I didn’t have the money he had. I didn’t have the ability to move my career slowly. I had the ability to move my career slowly, but as an amateur I only had 30-something amateur fights. And, over time, I became heavyweight champion of the world, when I fought George Foreman in ’97, and then again in 2006, when I knocked out Siarhei Liakhovich.

Briggs is the kind of guy everyone wants to hang with. Upbeat and always has kind words to say.

lol i'm not worried about some internet troll

[QUOTE=juggernaut666;20179864]Funny considering I was a model very briefly and had an article in the popular magazine MAXIM magazine and actually won a national championship in an Arm Wrestling event after a binge drinking till 4 AM ...against some of the…

[QUOTE=juggernaut666;20179864][SIZE="6"]Funny considering I was a model very briefly and had an article in the popular magazine[/SIZE] MAXIM magazine and actually won a national championship in an Arm Wrestling event after a binge drinking till 4 AM ...against some of the…