With just two weeks to go, Maris Briedis’ trainer Dmitrijs Šiholajs says bold statements from Team Dorticos have not gone unnoticed at Team Briedis ahead of the WBSS Cruiserweight Ali Trophy final on March 21 at the Arena Riga.

The confidence level from IBF champ Yuniel Dorticos and his team have been through the roof in the build-up proclaiming a KO and a spiritual tie to the greatest of all time. They are on a quest to write history and bring the Muhammad Ali Trophy to Miami, Florida. 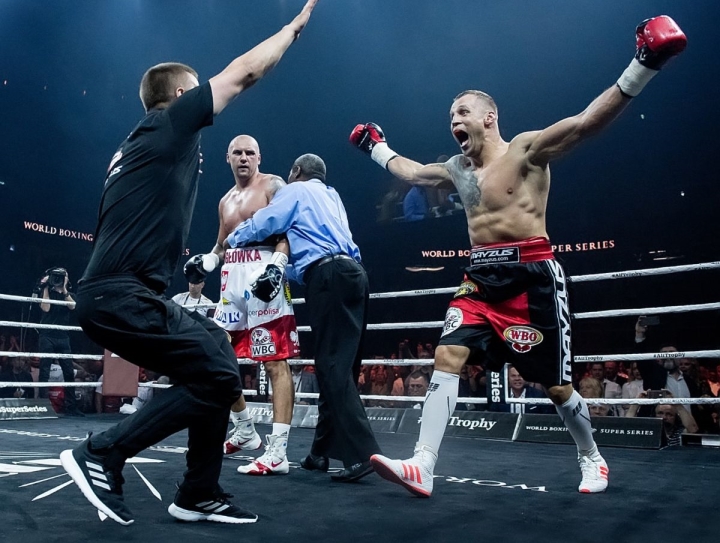 “We see how Dorticos’ team is trying to convince themselves and everybody else on how strong they are but it only gives us extra fuel and motivation to train for the bout!” said Dmitrijs Šiholajs who became Briedis' trainer after the semi-final loss to Aleksandr Usyk in January 2018.

“The history of boxing has proven that the less you talk, the more time you have to get ready and be better.”

And Team Briedis declares ready for one of the biggest sporting events ever on Latvian soil.

“The camp is going well, we're working towards being ready for a full 12 round final. Only God will decide who's worthy of having the Muhammad Ali trophy in his possession. But Mairis Briedis is ready to fight for it!”

As long as they have a decent ref, not an old, incompetent clown like Robert Byrd. He was a good ref once but he is obviously too incompetent at this point to properly ref pro fights. Briedis throws elbows so…

Dorticos needs to be careful. Briedis been practicing the crane kick like Daniel Larusso.

& the WBSS organisers made sure Briedis reached the final. Stinks. I hope Dorticos hammers him.