Cameron Dunkin, best known for having managed the likes of Kelly Pavlik, Tim Bradley and Terence Crawford among many other world champions, believes he has unearthed his next blue-chip boxer.

"His name is Brian Norman, he's from Lithonia, Georgia, right outside of Atlanta," Dunkin told BoxingScene.com this past weekend. 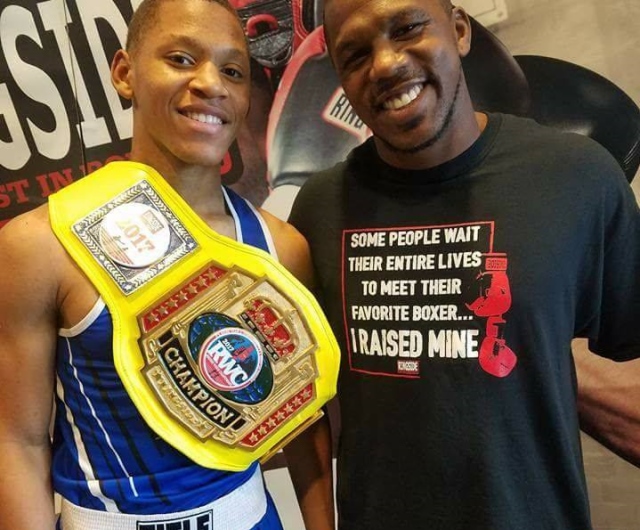 Norman (1-0, 1 KO) made his pro debut on January 20th, stopping Kire Lucas in one round in Houston, Texas.

According to Dunkin - "Brian fought Kaminsky in 2016 and he beat him in the semi-finals of some national elite tournament for the younger guys. He's younger than Kaminsky, too, From what everyone tells me he handled him quite easily."

Norman, who's father (Brian Sr.) was a professional fighter, is scheduled to go again on February 23rd in Mexico.

"I'm going to keep him busy, keep him active like our other prospects like Brandon Lee," explained Dunkin.

"Just keep him fighting all the time so he's not bored but at the same time giving him a chance to grow and mature into what he should be."