It was recently announced that on August 29th WBA super welterweight champion Erislandy Lara will take on Greg Vendetti in a Fox televised main event.

In the co-feature bout, Caleb Truax and Alfredo Angulo will square off in a super middleweight title eliminator. For the foreseeable future all, Fox broadcasts will take place at the Microsoft Theatre in Downtown Los Angeles.

BoxingScene.com has been advised that Brian “La Bala” Mendoza (18-1) will make his Premier Boxing Champions debut against Thomas “Cornflake” LaManna (28-3-1). 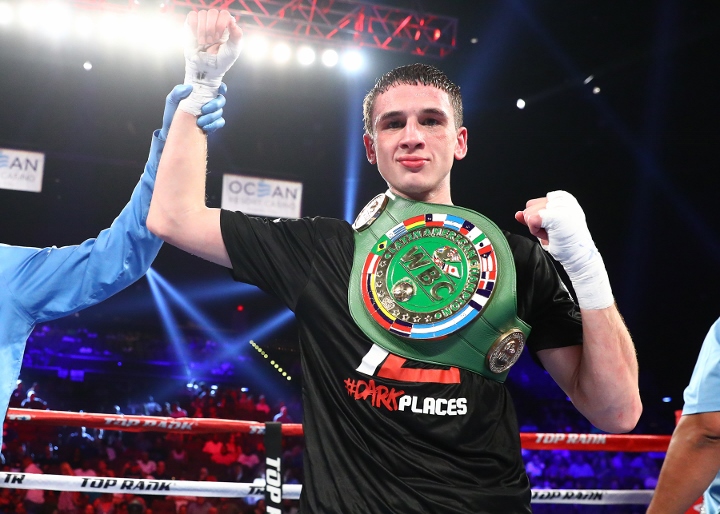 The fight will air on the FS1 portion of the card and will take place at 154 pounds. Mendoza preciously campaigned as a welterweight and was increasingly having trouble getting down to the 147 pound weight limit.

Mendoza will look to bounce back from his first career defeat which took place against Larry Gomez last November. LaManna is also coming off of a loss, having been stopped by Jorge Cora in January.

The 26-year-old Mendoza who is trained by Ismael Salas in Las Vegas, Nevada was unbeaten in his first 18 professional fights. He previously told BoxingScene.com that he is interested in a rematch against Gomez if it can be made at the 154 pound super welterweight limit.

DAZN? Been the best fights so far.