Brant: I'm Out To Prove I'm More Than Just My Last Performance Against Murata

Rob Brant has waited 13 months for this chance to redeem himself Saturday night.

The former WBA world middleweight champion’s 10-round fight against Vitaliy Kopylenko will mark his return from a devastating, second-round, technical-knockout loss to Ryota Murata in their rematch. Brant upset Murata by unanimous decision to win one of the WBA’s 160-pound championships in their first fight, but Murata overwhelmed him in their second bout in July 2019 in Osaka, Japan. 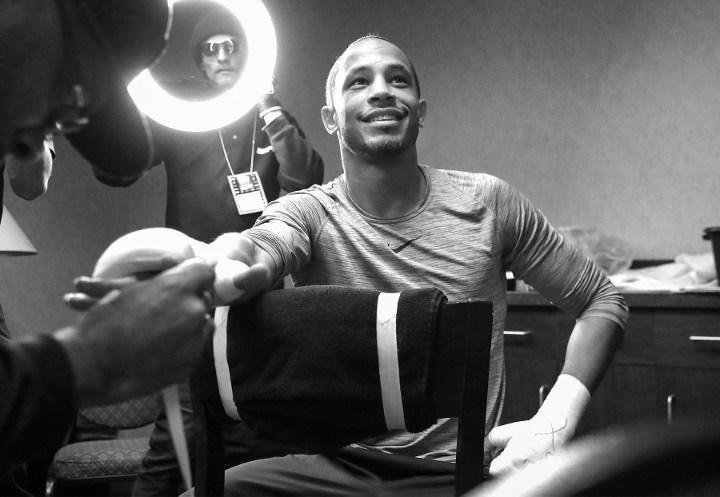 The Brant-Kopylenko bout will be the co-feature of a seven-fight stream on ESPN+, which will feature light heavyweights Eleider Alvarez and Joe Smith Jr. in the main event. Top Rank’s show is set to start at 7:30 p.m. ET/4:30 p.m. PT on ESPN+ from MGM Grand Conference Center in Las Vegas.

“I just wanna showcase the fact that I should be at the top level of the sport,” Brant told BoxingScene.com. “You know what I mean? Going to Japan definitely was not a positive experience. It happens. I let my guard down long enough to get caught with a good shot, and eventually stopped. I’m more than just that last performance. So, that’s really what I’m out to prove now.”

The Dallas resident’s return from the Murata loss was scheduled for January 11, when he was supposed to square off against Ghana’s Habib Ahmed (27-1-1, 18 KOs, 1 NC) in a 10-rounder ESPN would’ve televised from Atlantic City, New Jersey. That fight was canceled when the 29-year-old Brant underwent surgery in mid-December to fix a torn biceps in his left arm.

“I am still owed the rematch,” Brant said of his rubber match with Murata. “We just put it off for the fact that I changed training camps, so this is an opportunity to have a fight in between to get to know my new trainers and new training partners. We did it to get better, not to jump in and get the same result. We wanted to get better and make the proper improvements. So, we’re gonna go and take care of business. Everything weighs on Saturday, of course. And then after that, we would love to get back in there with Murata, granted the travel restrictions are lifted by that point.”

The Kopylenko fight will be Brant’s first appearance with trainers Brian McIntyre and Red Spikes in his corner. Brant hired the same team that trains WBO welterweight champ Terence Crawford following his loss to Murata.

“It means everything,” Brant said of winning Saturday night. “That’s what I’ve been working for, for months. It’s been on my mind since the day after the loss, just to get right back and kind of showcase my talent. So again, it means the world. I’ve made boxing my entire life, so in order to get back in there to show the world what I can do is what I’ve dedicated myself to doing.”