Junior featherweight prospect Brandon Valdes believes he can put forth in breakthrough performance against former bantamweight contender Ricardo Espinoza. So does his manager.

Valdes will face Espinoza Friday night at the Osceola Heritage Park in Kissimmee, Florida. The 10-round bout will air live on Telemundo (12 AM ET/ 9 PM PT).

The Espinoza-Valdes fight, which will have no fans in attendance, will commence the ‘Boxeo Telemundo’ summer series. All Star Boxing had to postpone their spring series in May due to the COVID-19 pandemic. 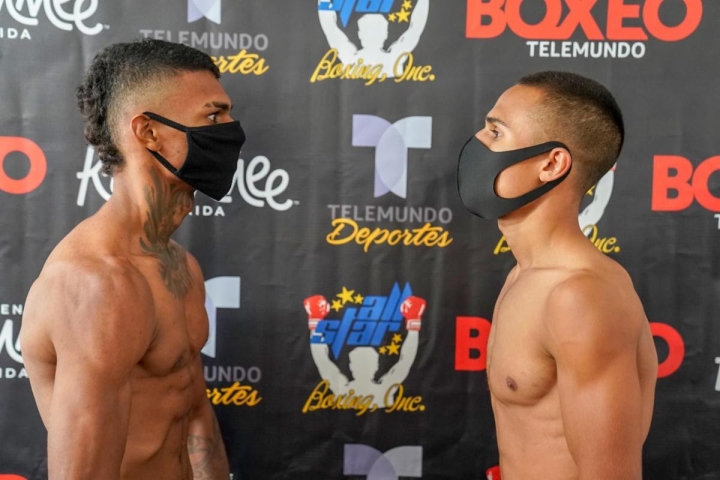 Valdes (13-0, 7 knockouts), who is originally from Barranquilla, Colombia and has resides in the Los Angeles area for the last three years, last fought on August 24, defeating former bantamweight contender Jesus Martinez by unanimous decision over eight round.

The 21-year-old will be taking a significant step-up in opposition against Espinoza, who has fought top fighters thus far, including John Riel Casimero. Both fighters faced off on April 20 of last year in a back-and-forth clash, which Casimero won by knockout in round 12. The fight was even going into the round 12.

Cesar Garcia, who manages Valdes, believes his fighter is more than capable of defeating Espinoza.

Valdes is trained by Manny Robles, who will be in his corner Friday night.

“Brandon has eight fights under Manny,” said Garcia. “They work really well together.”

Espinoza (24-3, 21 KOs) bounced back from the loss to Casimero by knocking out Andres Garcia Guzman in the opening round on December 13 in his hometown of Tijuana, Mexico. Friday night will mark Espinoza’s fourth time headlining on a ‘Boxeo Telemundo’ telecast.