45-year old Italian Gianluca Branco (49-3-1 and inactive since late 2014) has relinquished the EBU title. He was to have defended the title on April 22 in Florence against Leonard Bundu (32-1-2). The rumors have been flying for weeks that Branco would pull out and now it´s a fact.

To save the show for promoter Mario Loreni, Finish fighter Jussi Koivula (19-2-1 and # 20 in the EBU ratings) has been elevated from a spot on the undercard to fight Bundu, who fought Keith Thurman in 2014 for the WBA interim title and previously held the EBU title. 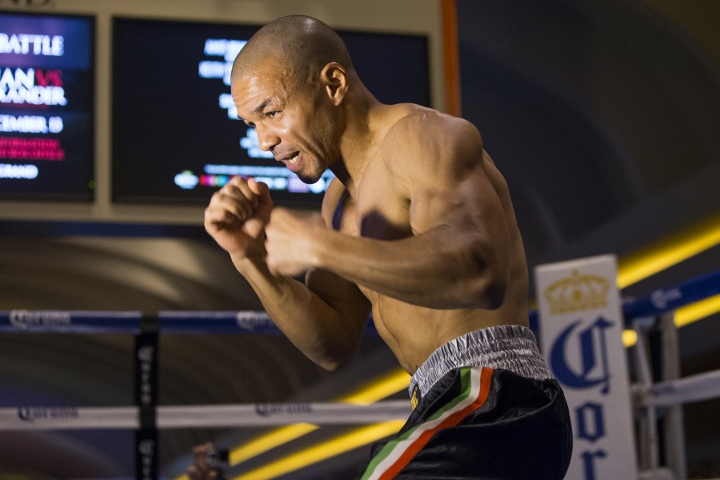 OLYMPIC Champion, Nicola Adams, led the way on a triumphant day for GB Boxing as it qualified eight boxers for Rio 2016 at the at the European Continental Qualification Event in Samsun, Turkey.

Adams became the first boxer from Great Britain to qualify for the Games when she outclassed Norway’s Marielle Hansen to secure a unanimous victory in the flyweight contest.

She was swiftly followed by Galal Yafai who overcame Samuel Carmona of Spain in his light-flyweight contest to become the first male boxer from Great Britain to book a place at Rio and emulate the feat of his brother Khalid who qualified for the Beijing Olympics in 2008.

Adams and Yafai were joined by Bantamweight Qais Ashfaq as Great Britain qualified three boxers in the afternoon session.

The only disappointment on a great day for Britain was a defeat for 2014 Commonwealth Games champion, Antony Fowler.  The middleweight lost to Christian Mbilli Assomo of France but will have an opportunity to qualify for Rio in a box-off for third place against Xhek Paskali of Germany tomorrow.

The eight qualified boxers will also compete in the finals of the competition which will take place on Saturday and Sunday.

Commenting on her historic achievement and the prospect of being the first British boxers since Dick McTaggart in 1960 to go to an Olympics as defending champion, Nicola Adams said: “It feels really good to know that I will be defending my title in Rio.  I am really excited.  It is no longer the Road to Rio - I am going to Rio.  I’ve qualified and I am ready to defend my title and hopefully become a double Olympic champion.

“Through this tournament I feel like I’ve boxed really well and I’ve gone from strength to strength.  I have not taken anyone lightly and have treated every competition as a final.  Every time I get in the ring I have to give 110% because my opponents have nothing to lose and everything to gain so I have to make sure I go in with my A-game and come away with the victory.  I would like to thank everyone back home for their support including my sponsors and particularly the National Lottery and UK Sport.”

Antony Fowler’s third place box-off and finals of the tournament will be televised live on the on the BBC’s red button service, online and connected.