Braekhus: I Want To Beat The Best Version of McCaskill That There Is

Cecilia Braekhus couldn’t have been more thrilled in learning that claims of her next opponent living in the gym is a reality and not merely a metaphor.

The undisputed welterweight queen is locked in for what will be a record-setting 26th title defense as she faces Chicago’s Jessica McCaskill (8-2, 3KOs), the current unified 140-pound titlist who moves up in weight. Their 145-pound catchweight bout will take place August 15, streaming live on DAZN literally from the streets of downtown Tulsa, Oklahoma in what serves as the first Matchroom Boxing USA card in the states during the coronavirus pandemic.

“This is one of the best matchups that Matchroom can open up with in the states,” Braekhus (36-0, 9KOs) noted during a virtual press conference to promote the event. “I feel great (about the fight), knowing that we’ve both been in camp. We are both the best version of ourselves.” 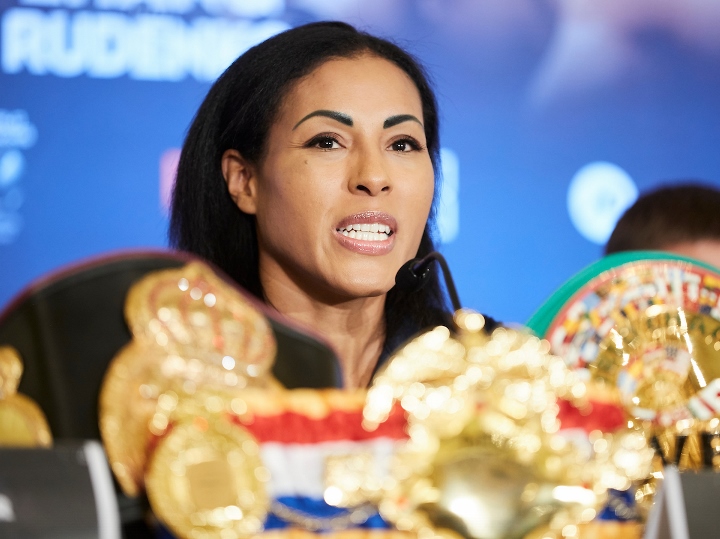 Braekhus has been locked away in training camp in Big Bear, California throughout the duration of the ongoing global health crisis. The unbeaten welterweight from Bergen, Norway by way of Cartagena, Colombia had already opened camp in anticipation of facing McCaskill this past April in Oxon Hill, Maryland, only for the event to get shut down among the first wave of the pandemic to hit the states.

The decision to remain tucked away and staying in shape, as McCaskill took it a step further. The two-belt 140-pound titlist has lived, worked and trained out of her gym in Chicago, feeling at her strongest competing at a weight where she began her career as an amateur before dropping down to lightweight as a pro.

A competitive but clear loss to Ireland’s Katie Taylor (15-0, 6KOs)—now the undisputed lightweight queen and arguably the best pound-for-pound female boxer in the world—was the last at 135 for McCaskill, who soon thereafter moved up to junior welterweight. Three wins have followed, two of which were for major titles before agreeing to move up in weight to take on Braekhus, who along with Taylor and three-division champ Claressa Shields boast the strongest claims to the pound-for-pound throne.

The fact that McCaskill is game for the challenge serves as motivation to the longest reigning champion in female boxing history.

“The fight with Katie Taylor, that was a big surprise. She came in and proved that she belongs,” insists Braekhus. “Then she fought [Erica Anabella] Farias, a very tough opponent who I fought too in Norway. That really impressed me a lot.

“This is the best fight that I can get right now. I love hearing that she’s been training all this time, that she’s been in the gym. I want to beat the best version of McCaskill that there is.”

Braekhus should be mandated to fight naked