In another week with lots of fights on the air, but not necessarily a major event, this tripleheader might be the best entertainment bet on the docket. Undefeated featherweights Ruben Villa (16-0, 5 KO) and Jose Vivas (17-0, 9 KO) will attempt to move forward at each other’s expense. 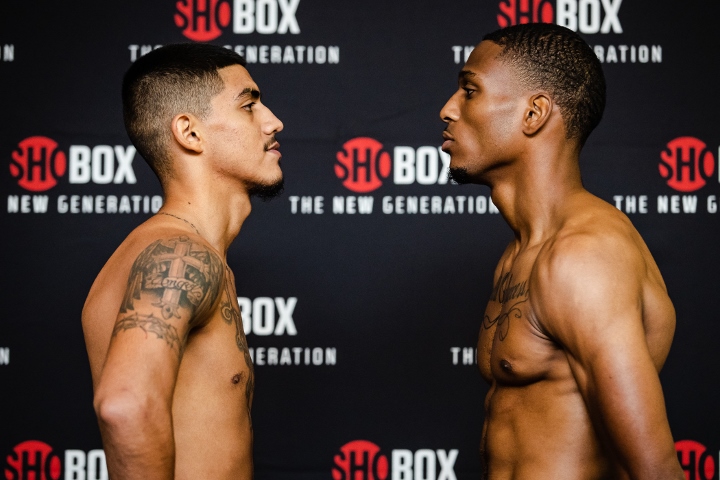 Mayweather Promotions brings super middleweight action to your social media feed. Lionell Thompson (20-5, 11 KO) has been stopped only once in nearly a decade in the ring. Scott Sigmon (34-13-1, 17 KO) has been less fortunate but has won four of his last five.

Former lightweight title challenger Petr Petrov (40-6-2, 21 KO) is looking for one more crack at the brass ring. At 36, he might not get there but he’s almost always given a worthy effort in the ring. Dedrick Bell (23-30-1, 11 KO) is mostly there to lose and likely will here as well. They’re schedule for eight rounds in the main event.

2012 US Olympian Joseph Diaz (29-1, 15 KO) might be closing in on a crack at 130 lb. titlist Tevin Farmer. There has at least been a war of words leaning that way and DAZN has deals with both their promoters. First, Diaz has to handle business with Jesus Cuadro (18-5, 14 KO). Cuadro is 4-2 in his last six starts and has never been stopped.

Former middleweight titlist Peter Quillin (34-1-1, 23 KO) is closing in on a mandatory crack at super middleweight beltholder Caleb Plant. Alfredo Angulo (25-7, 21 KO) shouldn’t provide a ton of resistance but he still has heavy hands and could always make it interesting with the right shot early.