As noted in a column earlier this week, this Jr. middleweight showdown is a critical play-in at a time when the division couldn’t be much more crowded. Erickson Lubin (22-1, 16 KO) and 2012 US Olympian Terrell Gausha (21-1-1, 10 KO) both took their lone loss on the same night three years ago. One of them will deliver the other their second.

Both men have sanctioning body ratings that indicate the winner could be looking at a title opportunity sooner than later. It’s a solid card overall. Potential future welterweight champion Jaron Ennis (25-0, 23 KO) faces veteran Juan Carlos Abreu (23-5-1, 21 KO). Ennis hasn’t risen to a top ten in the sanctioning body ratings yet but the 23-year old getting closer. Featherweight Tugstsogt Nyambayar (11-1, 9 KO) makes his first start since a loss to Gary Russell against undefeated Cobia Breedy (15-0, 5 KO) as well. 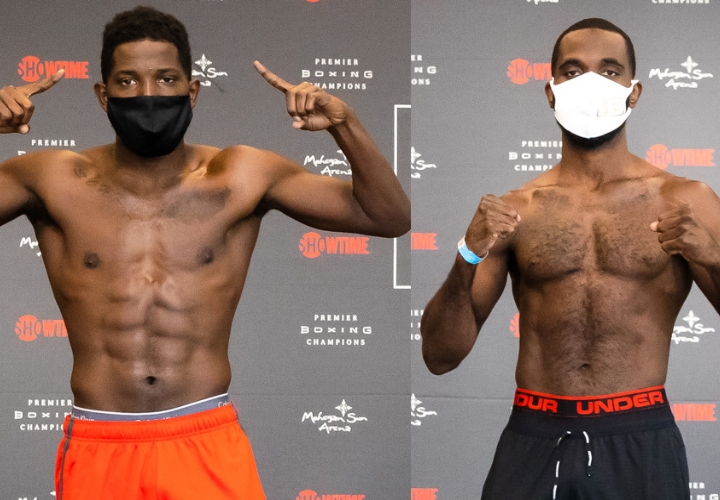 31-year old former Jr. lightweight and lightweight beltholder Jose Pedraza (27-3, 13 KO) tries to make it two straight at Jr. welterweight following a loss to highly rated Jose Zepeda and a unification defeat at lightweight to Vasyl Lomachenko. He faces a Javier Molina (22-2, 9 KO) who has won five in a row. Also on the card, heavyweight Efe Ajagba (13-0, 11 KO) makes his Top Rank debut facing Jonathan Rice (13-5-1, 9 KO) while Olympic Gold medalist Robeisy Ramirez (4-1, 3 KO) is in featherweight action against Felix Caraballo (13-2-2, 9 KO). After a stunning loss in his pro debut, Ramirez appears to be moving in haste.