The World Boxing Super Series finals to date have delivered. Callum Smith broke through at super middleweight in a competitive affair with George Groves. Oleksandr Usyk stamped his place in cruiserweight history with a clinic against Murat Gassiev. 2019 will close with three more WBSS finals, all of them compelling for different reasons.

This Jr. welterweight unification clash might be the best of the bunch. The 30-year Prograis (24-0, 20 KO, WBA) and 28-year old Taylor (15-0, 12 KO, IBF) is a clash that could make one man a genuine star. How they get there, by war or by dominance, remains to be seen. There have been few better fights made on paper this year. 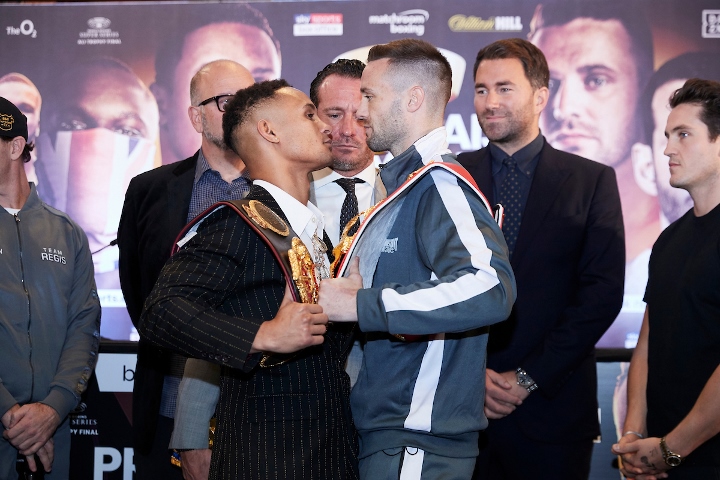 Super middleweight action tops the bill from Italy. Daniele Scardina (17-0, 14 KO) is fighting for an IBF sub-title, usually a precursor to contention. Opponent Ilias Achergui (13-4-1, 6 KO) has been stopped only once in his career.

There will be even more super middleweight action on Friday for those boxing heads that can’t get enough, live from Philadelphia. Pennsylvania’s Brandon Robinson (13-2, 9 KO) will try to make it three wins in a row when he faces Martez McGregor (8-2, 6 KO). Both men have been stopped twice, McGregor in his last outing.

It’s Mexico versus Puerto Rico in this welterweight season finale for the Spanish language staple. Mauricio Pintor (22-3-1, 14 KO) is the nephew of Hall of Famer Lupe Pintor, one half of one of the great Mexico-Puerto Rico wars of all time with Wilfredo Gomez. His nephew will try to win his third straight against John Sosa (14-3, 7 KO). Sosa has been stopped once and lost three of his last four.

2016 US Olympic silver medalist Shakur Stevenson (12-0, 7 KO) enters a grudge match with Joet Gonzalez (23-0, 14 KO) in what could be a fascinating fight for both young men. The vacant WBO belt at 126 lbs. is on the line and while this corner hasn’t paid much attention to the soap opera elements they haven’t hurt in selling the contest. Stevenson is positioned to be a star; can Gonzalez knock him off course?

Saturday’s busy schedule features solid cards on DAZN, ESPN+, and this one on Showtime. Erickson Lubin (21-1, 16 KO) has won three straight since a disastrous first-round loss in a title shot against Jermell Charlo in 2017.

Lubin has risen back to #2 in the WBC and #5 in the WBA ratings. That doesn’t mean he’s beaten anyone that particularly merits that but it does mean he’s getting close to another crack at a belt. Gallimore (21-3-1, 17 KO) enters off a win that halted a two-fight losing streak, has never been stopped, and has some power. This could be a real sleeper this weekend as could a co-feature between former lightweight titlist Robert Easter and Adrian Granados.

Thank you for the schedule of this weekend.:boxing: