Paraphrasing Bob Arum, the promoter once described the problem of Roy Jones as not being without opponents. It was instead no one was building opponents for him. No one can say this Saturday hasn’t been expertly built towards. The IBF lightweight titlist, Lopez (15-0, 12 KO), has been built as a showdown for WBA/WBO titlist Vasyl Lomachenko (14-1, 10  KO) since he was a prospect. It’s gone from hypothetical to possibility to reality over the last couple years and here we are. Is the 23-year old Lopez ready to take a big step or is this the 32-year old Lomachenko’s moment to stamp his superiority at lightweight?

There are reasons to like both men’s chances and by fight time every serious fan should have the butterflies. A strong fall slate for the fall continues with arguably the biggest fight on ESPN since they snared Manny Pacquiao away from pay-per-view for a night. 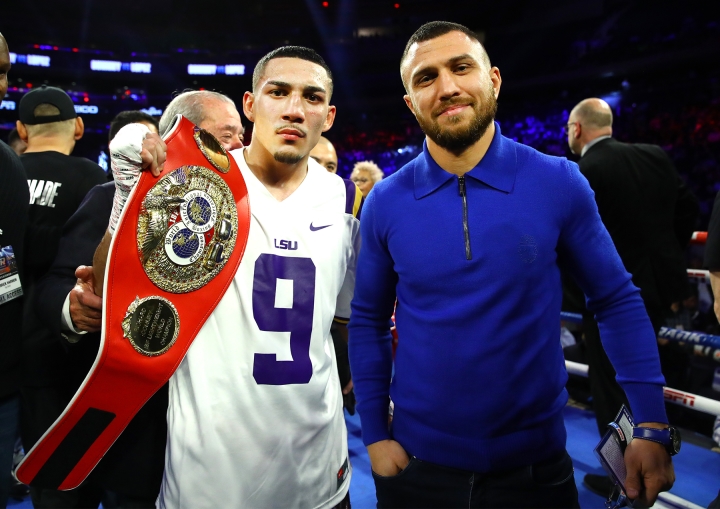 If it feels like we just saw Jr. welterweight Antonio Moran (25-4-1, 18 KO) it’s because we did. It was just more than a month ago he was on Telemundo scoring a knockout win and there’s nothing wrong with staying sharp. Moran will try to make it two in a row against an Emanuel Colon (17-1-1, 16 KO) on a three fight win streak. All three wins have come in the first round but Moran has been stopped only once by the excellent Devin Haney.

Before the big one on Saturday, 27-year old Jr welterweight Lewis Ritson (20-1, 12 KO) will try to make it four in a row since a decision loss to Francesco Patera. Former lightweight titlist Miguel Vazquez (42-9, 16 KO) is remarkably still only 33 but he’s lost four of his last seven. With only two stoppage losses, he’ll give Ritson some rounds and veteran wrinkles to solve.

If prep time for the big fight means more club show than overseas fisticuffs, or one lacks a DAZN sub, this will take up some time. 26-year old Rudy Ochoa (9-0, 6 KO) of Oxnard takes another step against Matt Doherty (8-7-1, 4 KO). Doherty has only been stopped once.

Undefeated UK welterweights wrap up the weekend on US screens. The knockout percentages suggest we get a few rounds here as 26-year old Muchael McKinson (18-0, 2 KO) squares off with 28-year old Martin Harkin (13-0, 5 KO). Don’t be surprised if flyweight Jay Harris, who gave a good account in his lone defeat against Julio Cesar Martinez, steals the show.

Pretty bad when they have to justify a fighter's record by saying he has "only been stopped once", as if that makes it okay: Matt Doherty (8-7-1, 4 KO) is damn near a .500 fighter.