It might be one of the hardest cards of the week for many in the states to catch live. Those who can should be rewarded. Dallas’s 28-year old Rob Brant (25-1, 17 KO) scored one of the big upsets of 2018 when he laid a whooping on Japan’s Olympic gold medalist Ryoto Murata (14-2, 11 KO) in Las Vegas.

Now Brant heads to Japan for his second defense of the WBA sub-title at 160 lbs. as the 33-year old Murata fights for his professional life. Can Brant repeat or has Murata picked up some needed tricks since last they met? The undercard features outstanding WBC 108 lb. titlist Ken Shiro (15-0, 8 KO) in defense against Filipino Jonathan Taconing (28-3-1, 22 KO). On a weekend with more fights than there might be time in anyone’s day, this starts things off strong. 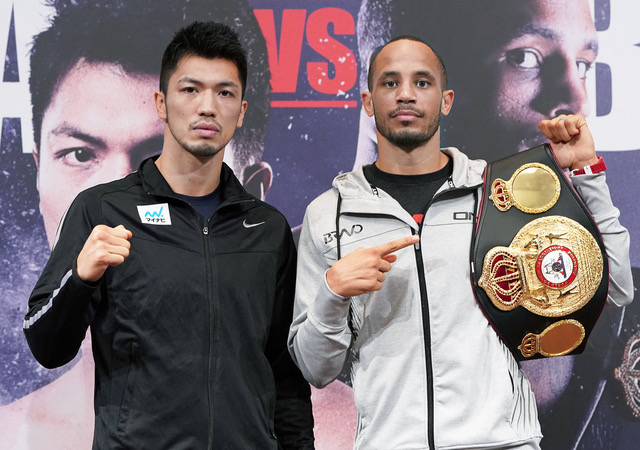 Liverpool’s 28-year old Jazza Dickens (26-3, 11 KO) has won four in a row since a pair of consecutive losses that included a broken jaw at the hands of Guillermo Rigondeaux. 23-year old Australian Nathaniel May (21-1, 12 KO) hasn’t lost since his fifth pro outing and is currently rated eighth by the IBF at 126 lbs. This is May’s third straight start abroad and second visit to the UK. Longtime middleweight and super middleweight Martin Murray is also in action.

The popular development series goes big Friday night with a pair of promising heavyweight prospects. 25-year old Jermaine Franklin (18-0, 13 KO) of Michigan faces the more experienced 31-year old Jerry Forrest (25-2, 19 KO) of Virginia. Forrest has only been stopped once. In the co-feature, Arizona’s 40-year old BJ Flores (34-4-1, 21 KO) will try to stretch his career against Sweden’s 28-year old Otto Wallin (20-0, 13 KO). Will a future champion make a case for the future here?

Puerto Rico has had better days in the squared circle and the next island great is out there. Might he be a 24-year old welterweight? Derrieck Cuevas (21-0-1, 14 KO) is already in the WBA top 15 but he has a long way to go to prove a serious contender. 31-year old Jesus Beltran (17-2-2, 10 KO) of Los Mochis would like nothing more than to block those dreams early.

More promising emerging heavyweights will be in action here in the UK. 21-year old Daniel Dubois (11-0, 10 KO) faces 23-year old Nathan Gorman (16-0, 13 KO) in the sort of early career clash that can make a contender overnight. Also on the card, 33-year old Joe Joyce (9-0, 9 KO) continues his accelerated pace against veteran Bryant Jennings (24-3, 14 KO). Jennings was stopped in January by Oscar Rivas and is fighting to remain in the mix.

This easily could have been the pick of the week. With a possible mandatory in the offing against Rigondeaux, Mexico’s 28-year old Rey Vargas (33-0, 22 KO) defends the WBC 122 lb. crown against Japan’s 27-year old Tomoki Kameda (36-2, 20 KO). Kameda is the last brother standing in a famous sibling trio and the former bantamweight titlist has won five in a row since a pair of losses to Jamie McDonnell. The fight headlines what looks like a very solid night of action from Golden Boy.