Note the early start time as this one will be live from Russia. Kovalev (33-3-1, 28 KO) is once again the WBO light heavyweight titlist after reversing the course of what appeared to be the new narrative of his career.

He’d gone from the fighter who many felt had won the first Andre Ward to a twice-stopped bully who had been ‘exposed.’

In February, Kovalev reminded everyone just how good a boxer he is beyond his fearsome punch, rebounding from a knockout loss to Eleider Alvarez with a masterful schooling over twelve rounds. Can he turn in another gem against a dangerous young puncher in Yarde (18-0, 17 KO)? Light heavyweight is one of the bright spots in the ESPN cabinet. This is another solid matchup in that division. 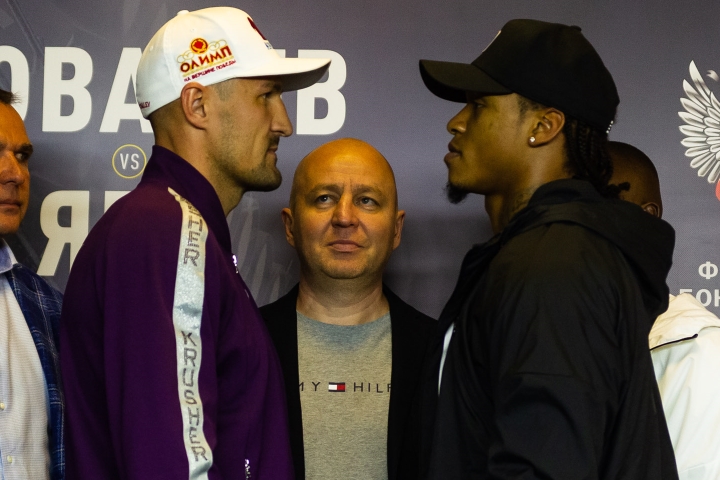 Golden Boy has an interesting pair of clashes between undefeated prospects on tap before we get to the weekend. At welterweight, 29-year old Philly native Blair Cobbs (11-0-1, 7 KO) squares off with 28-year old Steve Villalobos (11-0-1, 9 KO) of Mount Vernon, Washington. The Jr. welterweight main event pits 24-year old Genaro Gamez (9-0, 6 KO) of San Diego against 26-year old Luis Feliciano (12-0, 8 KO) of Rancho Cucamonga, California. Is there a future champion in the mix? Barring draws, two young men will take an early step back from the question.

ShoBox is almost always worth a look with a roster of enviable future champions passing through over the years. This week, the main event at super middleweight should be interesting. Russia’s 28-year old Vladimir Shishkin (8-0, 5 KO) isn’t being coddled early on. 31-year old Toldeo hopeful DeAndre Ware (13-1-2, 8 KO) has struggled in each of his last three fights and faces his fourth undefeated foe. This could be a real test for both men.

Jr. bantamweight remains one of boxing’s best and deepest weight classes. Saturday, its current kingpin is taking what looks like a victory lap. In 2019, can anything be taken for granted? Mexico’s 29-year old Juan Francisco Estrada enters off the biggest win of his career, avenging a loss and lifting the crown from Srisaket Sor Rungvisai in April. 34-year old challenger Dewayne Beamon (16-1-1, 11 KO) of North Carolina avenged his only loss in his last fight and has never been stopped but he’s making the biggest step up in his career.

You forgot to announce the Fox Sports fight card in Saturday.:boxing: