By virtue of its place on Fox, this is likely to be the most seen fight of the week in the US even if it won’t garner a ton of coverage. That’s okay. It’s a solid fight and that could be plenty for entertainment purposes. 31-year old former two-division champion Danny Garcia (34-2, 20 KO) makes his first start since a loss to Shawn Porter.

He needs a win. 29-year old Adrian Granados (20-6-2, 14 KO) may need a win even more and knows how to play spoiler. He’s never been a champion and opportunity can only slip so far away. Heavyweight action between Andy Ruiz and Alexander Dimitrenko might not be the best support contest but also on the card will be a bantamweight clash between Ricardo Franco and former flyweight titlist John Riel Casimero that could steal a show that will carry over to FS1 at 10:30 PM EST. 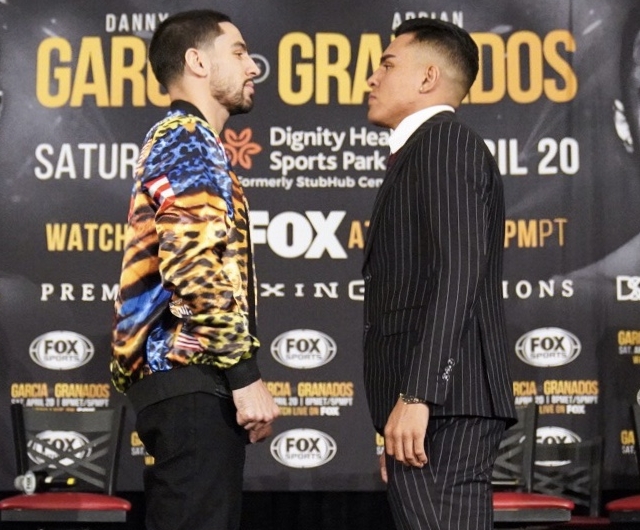 25-year old Jr. middleweight hopeful Alejandro Silva (10-0-1, 9 KO) has some pop and his opposition is gradually getting tougher. 29-year old Abel Adriel (22-18-3, 5 KO) is unlikely to pose much threat but he’s good at going rounds. Adriel has only been stopped three times. Silva may be a contender in the next couple years.

Afternoon heavyweight action from the UK streams to US fans before the evening activities kick off. In the main event, 40-year old Lucas Browne (28-1, 24 KO) tries to make it four straight sins since a loss to Dillian Whyte against 27-year old David Allen (16-4-2, 13 KO). Allen has scored three straight stoppages. Also on the show, 35-year old Dereck Chisora (29-9, 21 KO) squares off with 28-year old Senad Gashi (17-2, 17 KO) in a fight where a decision seems a stretch.

It’s the highest profile fight of the week in terms of press attention. It is unlikely to be the most watched fight of the night and is a risky proposition for paying customers. On name value, 31-year old WBO welterweight titlist Terence Crawford (34-0, 25 KO) versus 32-year old Amir Khan (33-4, 20 KO) sounds like fun because in the mind’s eye Crawford is fighting the best of Khan past. The problem is it’s been two years since Khan had a few good rounds against Saul Alvarez for the middleweight title and many more since he beat someone in the upper echelon of his division. It’s been almost eight years since Khan last won a title fight. To these eyes, Crawford is the most talented prizefighter in the game right now. Even with Teofimo Lopez and Shakur Stevenson, is that enough to be worth pay-per-view dollars in a year that looks more expensive than any for boxing fans in quite some time? Additional undercard action will air live on ESPN2 beginning at 6 PM EST.

Late night cruiserweight action will be on tap here as a pair of career long rivalries do battle one more time. This might be the highlight of Saturday night for super hardcore fans just looking for a scrap. 31-year old Pablo Farias (30-4, 17 KO) made his pro debut with a four round decision over now-34-year old Dario Balmaceda (18-17-2, 12 KO) and then stopped him twice in two more fights since 2009. Then, in November 2016, Balmaceda stopped Farias in eight rounds, lost two straight, and now arrives at chapter five having won three straight and four of his last five. How could this not be fun?

[QUOTE=Shadoww702;19671614]Four straight sins since beating Whyte??? What "sins" did he do???[/QUOTE] Ever seen him fight?Its almost a sin for having so little talent.This guy will NEVER beat a top 15 kinda guy.

Four straight sins since beating Whyte??? What "sins" did he do???