Boxing Should Throw In The Towel During The Age Of Coronavirus

When ShoBox: The New Generation went to air on Friday night, the scene of a quiet Minnesota casino ballroom hosting a boxing event in the middle of a global pandemic kind of didn’t feel shocking at all.

Even in the direst of moments, boxing acted like exactly what it is: Fearless, defiant, and just a little bit more dangerous than it ought to be.

As the world battles the dangers and new realities of COVID-19, prizefighting and all of its participants on every level and in every capacity are among the sports world’s most vulnerable in a variety of ways.

Fighters are effectively freelancers in the gig economy. For those without a managerial stipend of some sort, getting in the ring and fighting is their only means of income, provided they don’t work another job on the side. Many fighters live below the poverty line or dangerously close to it between bouts with the hope that it will one day pay off in the way of financial security. It goes without saying that boxing does not provide health insurance.

So it’s understandable why the fighters themselves would have gone through with a fight even with the threat of coronavirus looming everywhere. Beyond their own financial situations, surely there was pressure from all the entities governing them. Unfortunately, as things in this sport often do, it felt exploitative towards the fighters, but also everyone else in charge of putting the event on and making a broadcast—from the arena staff to the producers to the production staff to the broadcasters. It put the onus on the participants to keep the wheels of capitalism turning because the government won’t chip in gas money.

Even in an empty venue, there was no truly safe way in the current moment to have put the event on. The fighters, their camps, the broadcast talent and crew and the hundred or so people who were in the venue certainly traveled from somewhere, interacted with people directly or transiently along the way, then entered the venue without being tested, as there simply are not enough tests in the country to allow for that.

With COVID-19 most closely resembling the Spanish Flu pandemic, it’s interesting to look back at what precautions the boxing industry took during those times, which is absolutely none. In 1918, at the peak of the flu’s outbreak in the United States, there were 1770 documented professional boxing events of varying sizes. Many prominent fighters contracted the disease, and some even perished. According to a recent post by boxing historian and Boxrec.com editor Chuck Johnston, those who passed away from the Spanish Flu in 1918 included “Professor Mike Donovan, a well-known middleweight of the past and a boxing instructor; Jim Stewart, heavyweight boxer, Matty Baldwin, a retired lightweight contender; Battling Jim Johnson, heavyweight; Al Thomas, lightweight; Terry Martin, welterweight; and Joe Tuber, bantamweight.” Former heavyweight champion Jim Jeffries also caught the flu, but eventually recovered. 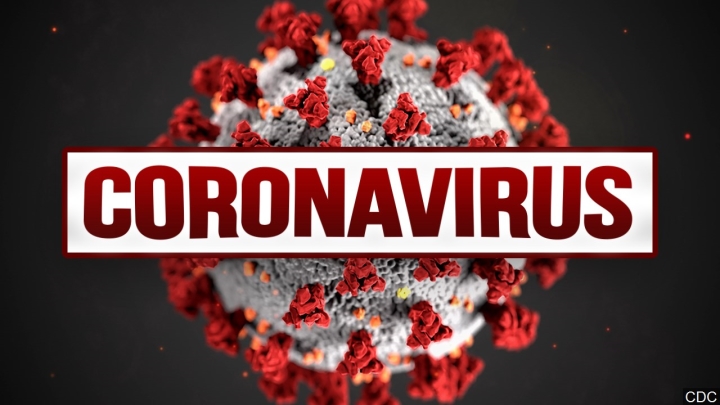 There may be a path to safe, empty-venue events in the foreseeable future, but only if individuals take the current mandates of social distancing and short-term isolation seriously. A recent Sports Illustrated piece by Chris Ballard documented the day-to-day life of Allerik Freeman, guard for the Shenzhen Aviators of the Chinese Basketball Association. In it, Freeman described how his team is still holding practices during the week, along with gym sessions. In order to get to those however, players and staffers must have their temperature taken, and were they to register too high, would be whisked away to a fever clinic and potentially a COVID-19 test later that day.

Using a similar model to how CBA teams are handling practice, one can envision a scenario in which a bout could be staged safely with only necessary personnel in attendance, and then put to broadcast.

But that would seem to be quite a ways away. America currently lags far behind other affected countries in terms of its testing capacity, and even if a boxing entity could acquire enough tests at once, as the Utah Jazz did in Oklahoma City following the reveal of Rudy Gobert’s positive test, hoarding resources at this moment is not in the interest of the greater good.

So what does boxing do in the meantime? As for fighters, many of them continue to go to the gym and train, one of the main things most public health experts advise against. In an alarming passage, welterweight contender Vergil Ortiz Jr. told The Athletic’s Lance Pugmire “I’m training to fight like nothing has happened. Nothing’s going to stop us. I was sick two or three weeks ago, so I’m pretty sure my immune system is stronger now because of that. The possibility of me getting sick is pretty low right now.”

In fairness to fighters like Ortiz, they must believe that they don’t have another choice. Theirs is a job that can’t be shifted to a “work from home” scenario, aside from at-home conditioning workouts and whatever boxing-specific work they can do wherever they live. At some point, the world will return to normal and there will be thousands of boxers who couldn’t fight, and as such, a logjam of hungry athletes looking for opportunities. When the floodgates open, nobody wants to be out of ring shape.

Promoters are acting like “nothing has happened,” as Ortiz put it, as well. Boxing and its younger cousin MMA, are among the only professional sports on the planet still actively announcing and promoting upcoming events. ShoBox was not the only boxing event to take place over the weekend—an educated count with the help of Tim Hocking (Twitter’s “Tim Boxeo”) produced 30 boxing events airing or streaming somewhere in the world on Friday and Saturday.

Unfortunately, as much as it feels like a necessity for us hardcore fans, boxing is a non-essential service. The sport and those within it should not be doing things that potentially endanger the public, or the participants themselves, and contribute to the spread of a potentially fatal disease.

If this feels unfair to the fighters, that’s because it is. This situation in general has been a massive wakeup call when it comes to how we look after our most vulnerable citizens. The fight to take up isn’t for boxing events to go rogue, it’s for a structure governmentally and internally to look after the athletes, and the citizens like them, in trying times.

As we all remain apart, physically, for the greater good, we can take comfort in a common effort. We’re all in the same corner, taking up the plight of the fighters, and one another.

[QUOTE=EDDIE SPERM;20510204]It already did[/QUOTE] I think the world needs a second phase for self protocol, health education, and particularly for respiratory illnesses. Most deaths were because of saturated pathogens in the air at hospitals. Any elderly person admitted into a…

[MENTION=20839]crold1[/MENTION] I must admit, this is one of the best articles of the year. The kid did a good job with this one.

Fights are still to be canceled in May also. This is getting more serious the minute it pass. I hope all of you are well. :boxing:

I'd argue that boxing & MMA & golf are in a unique position because they don't need large amounts of people to do them. I guess you could add tennis to that as well. You could easily just test everybody…