Boxing's Past And Present Head To PPV Later This Year

In the span of one week, boxing fans enjoyed the announcement of more news than over the past five months combined. Subsequently, the sport enjoyed more mainstream media attention than it has in quite some time as well.

The majority of the words printed about the sport over the past few days have come thanks to the announcement of a September 12 exhibition bout between Mike Tyson and Roy Jones Jr. as part of the launch of Tyson’s new Legends Only League venture. But within the sport’s dedicated media, the majority of the discussion has centered around Showtime’s nine-event schedule rollout, highlighted by a pair of pay-per-views topped by Gervonta Davis and Leo Santa Cruz and a doubleheader featuring Jermall Charlo vs. Sergiy Derevyanchenko and Jermell Charlo vs. Jeison Rosario.

There has been some of discourse online about which announcement is receiving more attention and whether the Tyson-Jones bout is sapping space in publications and time on talk shows that may have otherwise gone to Davis-Santa Cruz or the Charlo doubleheader. The reality is that the audiences for these events, both in terms of the consumers and the outlets interested in them, are at least partially different.

Within the hardcore boxing community there seem to be two camps when it comes to Tyson vs. Jones. One believes it to be a farcical stunt that lands somewhere between silly and dangerous. The other sees it as a harmless exhibition and a chance to see two of the greatest of all-time get in there and operate at some percentage of their peak abilities. But the audience Mike and Roy are most interested in are the viewers that stopped following boxing on a regular basis right around the time the two of them lost relevance as active competitors.

In order to make their event work, the pair of legends are essentially engaging in a form of pro wrestling kayfabe. Although the bout is acknowledged to be an exhibition (meaning larger gloves and potentially headgear depending on who you ask), both Tyson and Jones have said things to the tune of “it’s an exhibition, but you never know what’s going to happen when you get in the ring!” Basically, you know it’s a work, but what if it turns real?

“I don’t know how to do it that way. I am one speed, forward. I don't know, Roy is just going to have to deal with that,” Tyson told ESPN’s Max Kellerman last week. Subsequently, Jones told TMZ "he's a killer who kills quickly. If he doesn't kill quickly, he's got a problem on his hands. He's in trouble. He's fighting one of the smartest, savviest guys to ever do the thing.”

The event has received coverage from all corners of the internet, from mainstream gossip sites to vegan food blogs thanks to Tyson’s diet, to basketball sites thanks to Nate Robinson’s participation on the undercard. These are not places that otherwise would have covered boxing news. There was no quota for boxing coverage that was snatched up by Tyson and Jones. 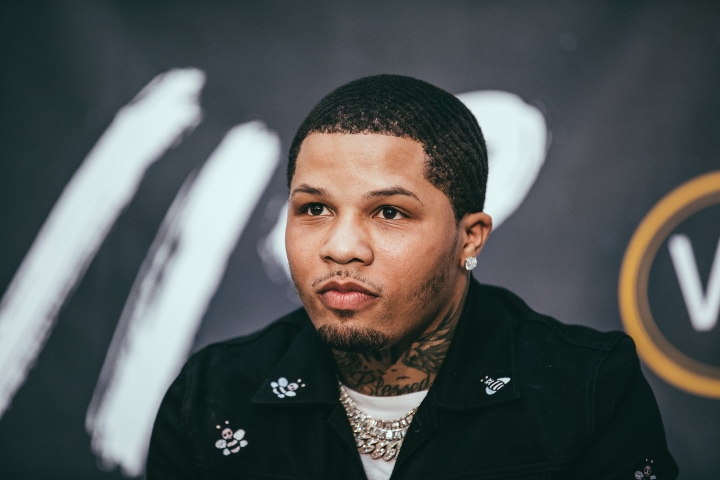 The audience for the event is exactly who you think it is—it’s your relative who texts you saying they saw Mike Tyson was planning a comeback every few months or so, or your friend who came over for Mayweather-McGregor and hasn’t watched a round of boxing since.

Showtime’s slate of fights is decidedly for the boxing crowd, which one would expect it to be. However, if Showtime was hoping to showcase fighters who could achieve a level of mainstream appeal themselves on pay-per-view, then Davis and the Charlos (the A-sides of their respective bouts) were wise selections.

“We weren’t going to come back just for the sake of coming back. We wanted to come back at a high level with meaningful fights – with fights which would remind the public why they’re excited about the sport of boxing,” said Showtime head Stephen Espinoza. “We put together a schedule week after week of competitive fights, with big names, with meaningful fights. Before we know it, this sport is going to be back where it should be in terms of momentum and positive energy.”

Davis in particular has become recognized as one of the best ticket-sellers in the American boxing market, and a consistently solid ratings draw. He has also become woven into the fabric of hip hop, hanging out with Drake and getting name-dropped by popular acts such as Lil Baby and Griselda in recently released tracks. That kind of cultural ubiquity is how someone reaches the heights of Tyson and Jones in terms of broad mainstream interest.

Or perhaps, in Davis’ case, it’s a sign he’s already there, at least for his era. Tyson’s pay-per-view numbers at his peak are unmatched by anyone other than Davis’ mentor Mayweather, but Jones’ numbers, which topped out south of 600,000, are attainable even in the current marketplace. This will be the maiden voyage on pay TV for Davis and his opponent Santa Cruz, and will serve as an indicator of whether they are indeed PPV draws, or have just been temporarily forced there due to pandemic-related economics.

One key in the buildup to Showtime’s PPVs will be to creatively piggyback off the residual boxing interest created by the Tyson-Jones exhibition. The reality is that media outlets online, in print and in broadcast will be open and eager for subjects and guests willing to give a soundbite pertaining to the two legends. That’s a perfect time to drop a plug for the actual fights on the boxing schedule as well. Even a throwaway line in an article on a mainstream news outlet is a signal to an audience that otherwise would have never received it.

The economic reality, particularly of today, is that there will be some consumers (and bars, who in normal times drive pay-per-view numbers significantly) who have to choose which events they spend their recreational money on, and Tyson-Jones and the Charlos event are within two weeks of one another. However, the hope is that there are persuadable parties with enough disposable income to choose both.

Boxing does have a unique problem in sports in that it has a distinct audience that it has lost. Baseball, for example, doesn’t have to say “Hey remember how awesome Willie Mays was? Well, you’ll love Mike Trout!” Analysis of boxing viewership shows that it is relatively young, even in comparison to MMA. But to create mega-events like the ones Tyson in particular used to take part in, interest needs to be more universal demographically. There is still a distinct fondness for boxing nostalgia, as seen with clothing companies like Roots of Fight, and the always-running boxing marathons of the same legendary bouts on various sports networks.

Unfortunately, the ones who profit from boxing nostalgia are rarely the fighters of today. Now, the trick is to convince certain people to not just watch Mike Tyson and Roy Jones, but to tune in to find the next ones.

Pbc/Haymon r doing no favors to the US fans who have been hit with record unemployment and a devastated economy due to this on-going pandemic with these Ppv events .....could have put these shows on Fox or Showtime.

I like the showtime lineup that's on the way. It's mostly intriguing fights they have coming up.

PBC Is daring to be great in this one, this is a high risk high reward panorama. Respect.