Bernard Hopkins and Shane Mosley benefitted from revised eligibility rules to both get voted into the International Boxing Hall of Fame (IBHOF) two years earlier than expected.

Only now, they’ll have to wait a year longer to formally commemorate the honor.

The ongoing coronavirus disease (COVID-19) continues to wreak havoc, its plague forcing industries worldwide to close its doors and citizens to live in isolation. The latest to feel its impact is boxing’s Hall of Fame, which has been forced to cancel its annual induction ceremony due to health concerns. 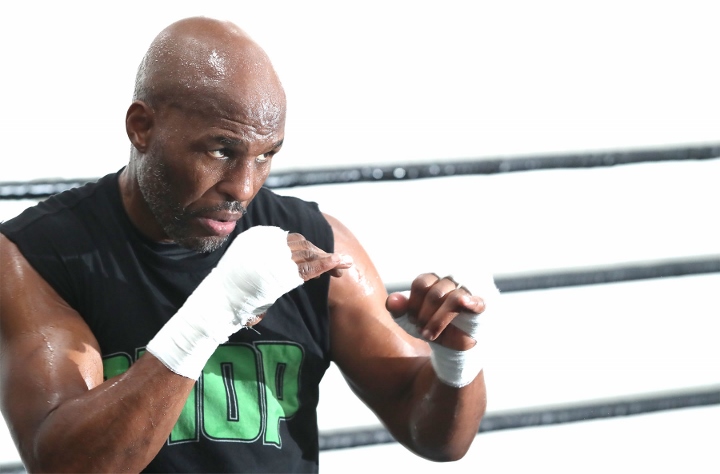 Instead of its own weekend this upcoming June, the Class of 2020 will share the stage with the next incoming group of honorees during the 2021 induction ceremony.

“By combining the celebrations of the Induction Classes of 2020 and 2021, the Hall of Fame can honor inductees with all the bells and whistles that the Hall of Fame Weekend is known for and provide each inductee with the recognition they each so richly deserve,” Ed Brophy, executive director of the HOF announced on Sunday. “By honoring the two classes in a one-of-a-kind Induction Weekend, the Hall of Fame will be able to put all the winning combinations together for the inductees, fans and the entire sport of boxing.”

News of this year’s ceremony no longer taking place was perhaps expected, although a blow to an industry which continues to target June—even if out of blind optimism at this point—as the earliest starting point for action to resume. Instead, the HOF follows suit with the 2020 Tokyo Olympics, with the summer games postponed for the first time in history and now due to take place in 2021.

Similarly, the HOF will now go without an annual induction ceremony this year for the first time since the bungalow-sized museum opened its doors to the public in 1989.

Should the modified election rules hold place for the 2021 ballot, this year’s list of all-star talent will join potentially the greatest collection of future honorees since the Hall’s early years. The Class of 2020 voting process marked the first time that participants were eligible to make the ballot after three years following their last fight, as opposed to having to wait five years.

All will appear on the ballot in addition to remaining holdovers who were not elected in 2020. The three highest vote-getters will gain enshrinement, along with participants who are selected by at least 75% of eligible voters.

Despite having to wait until 2021 to partake in the annual festivities, all honorees from the Class of 2020 will have their plaques displayed in the HOF beginning this upcoming June.

Per HOF representatives, fans who had already purchased tickets for this year’s event have the option of transferring the ticket to the 2021 Induction Weekend, or request a weekend through June 15, 2020.

Interesting of this going to unfold with a decent number of candidates. :boxing:

That is going to be a long ass ceremony

That's going to be tough my guess is Floyd, Wlad, and Ward probably get in but all 5 absolutely should be in the HOF.