Whatever twists and turns remain in the era of the coronavirus pandemic, it’s safe to say things aren’t going back to normal any time soon.

In the grand scheme of things, boxing is a footnote but with UK facing fresh, localised lockdown measures it’s certainly unlikely that the crowds will be back.

With that in mind, financial expectations across the board may have to be adjusted for longer than expected. Choices between fighting for far less of one’s market value or inactivity will have to be made.

That is, unless you have a pre-existing contract, with dates and money and guarantees.

Saul ‘Canelo’ Alvarez and Golden Boy are at logger-heads and regardless of their contract’s small-print, no one could have foreseen what’s come about.
Canelo was due to face Billy Joe Saunders back in May but it was binned before it could even be announced.

One wonders whether they’d be at this impasse had the world not faced an enforced shutdown.

But here we are.

The business has dramatically been changed by covid. 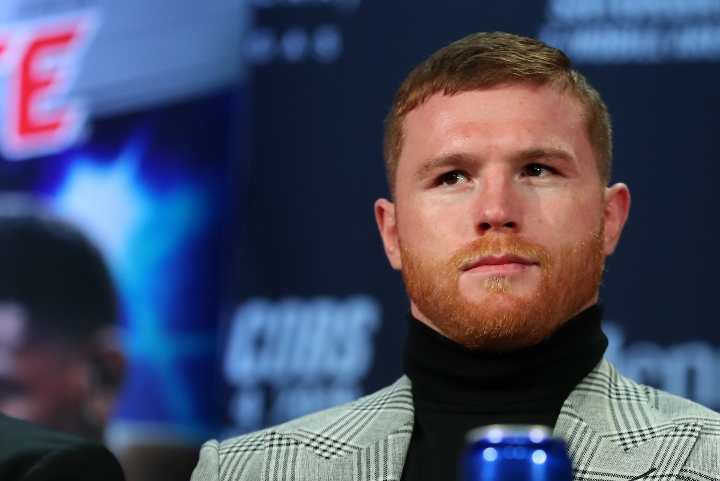 The landscape is different, and it varies from promoter to promoter, network to network and fighter to fighter. But, long story short, fighters will miss prolonged periods of their all-too brief fighting careers if they don’t suck up the situation and adjust their financial expectations.

Kudos to those who have announced big fights solely dependent on TV money and sponsorship. PBC’s autumn schedule has received rave reviews and Top Rank’s willingness to put on Vasiliy Lomachenko-Teofimo Lopez, one of the best fights that can be made in the sport, might well be the highlight of the boxing calendar.

That’s back in the MGM Bubble in Las Vegas on October 17.

With that in mind, some have wondered why the highly-anticipated all-English heavyweight clash between Daniel Dubois and Joe Joyce can’t go ahead without a crowd in the UK.

But here’s the rub. It was originally scheduled for April and was closing in on a sell-out. The financials would have been in place, purses agreed but the pot of money the fight was worth then is different to what it’s worth now, not because of any change in the fight or the boxers but because of the circumstances.

However, unlike Loma-Lopez, for the WBO, WBA and IBF world titles at lightweight, which has been negotiated and agreed in this new-look world we’re currently living in, the details of Dubois and Joyce were thrashed out in the old world. It must be extremely hard for those who’ve seen the money that was in the pot to start afresh, working around a pot with far less in it.

And with no end in sight we are coming to a crunch where fighters either get paid less and fight or they lose their primes to inactivity.

Of course, in this highly individual sport every fighter has a different set of circumstances. Does a $10 million fighter box for $2 million?

Are boxers, who put so much on the line on fight night, prepared to take a pay dump to keep pushing forwards?

It’s in the sport’s best interests that they do but fighters and the sacrifices they and their families make have to be part of any conversation or, indeed, argument.

Neither situation is ideal, obviously. Take less money or don’t fight... and there are plenty of boxers on the lower end of the pay scale that aren’t afforded that choice at all. But often we hear of these debates, money against legacy, and that is no more poignant than it is now. Sit and wait it out and hope the world collectively eases out of lockdown or make the best of a bad situation. The power lies with the fighters to block or charge through the end of 2020 and in to 2021.

[QUOTE=Eff Pandas;20772306]I feel like small promoters are gonna be weeded out or made even less powerful then they already are like small businesses are now. I mean attendence is everything when you don't got a TV deal so til things…

[QUOTE=rudy;20772436]Then go find another sport they are lucky they can get tv money otherwise they are done ✅[/QUOTE] They could. Or they could wait if out. I'm just saying it's not as simple as you wanna frame it as.

[QUOTE=Eff Pandas;20772311]This is far too simplistic a way to look at things. Idk why so many cats here bring things down to "scared" or "don't wanna lose their 0" type sh^t. In a pandemic like this I don't blame anyone…

[QUOTE=rudy;20772277]The fact they won't accept less for a fight shows they scared of losing[/QUOTE] This is far too simplistic a way to look at things. Idk why so many cats here bring things down to "scared" or "don't wanna lose…

[QUOTE=sicko;20768837]Damn! This Pandemic ruined everything but [B]hopefully smaller promoters and fighters who are not with the major promoters can hold on and make it through these tough times for everybody[/B]. Even though fans and boxing Writers/Reports loved to bash certain…