Felix ‘Tutico’ Zabala Jr. and his team at All-Star Boxing never gave up on plans to resume with the current Boxeo Telemundo schedule.

Slight modifications have been made in order to keep that dream alive, with the long-running series to resume beginning August 14 in Kissimmee, Florida.

“It was always about safety, never about being back first even when the state of Florida allowed combat sports to return before everyone else,” Zabala noted to BoxingScene.com. “We had the chance to proceed with the four extra dates they gave us this spring, but was never worth risking anyone’s health.

Four separate locations in the United States and Mexico were originally due to host the summer season of Boxeo Telemundo. However, in efforts to guard against the ongoing coronavirus pandemic all four shows—August 14, August 21, August 28 and September 4—will take place at a crowdless Osceola Heritage Park in Kissimmee, Florida. 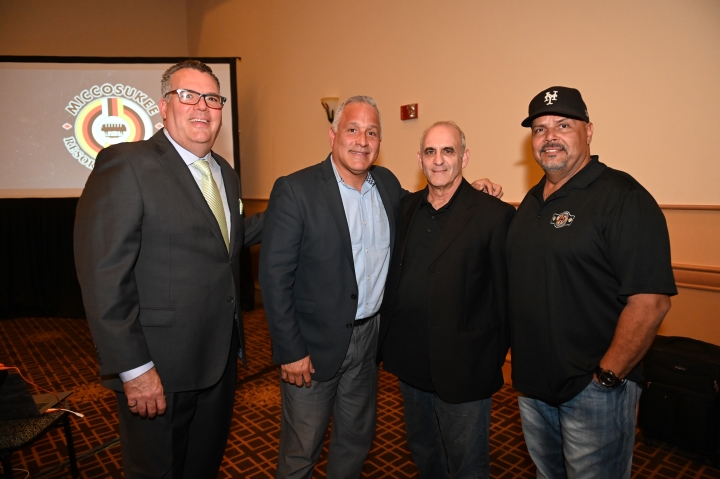 The decision comes on the heels of spending the past three months working with state governing officials in order to move forward with the series. The allowance of such events to take place comes on the condition of all shows being closed to the public and limited to essential personnel—boxers and their immediate team members, commission members, promotion and assigned Telemundo network employees—entering the venue.

All participants will be subject to some form of testing and health screening, though the extent of it has yet to be determined as this goes to publish.

Bouts have yet to be announced for any of the four shows in question. All-Star Boxing did reveal several series favorites guaranteed to fight this summer, including rising 140-pound contender Yomar Alamo, Colombian flyweight prospect Jose Soto, Mexico’s Antonio Moran and Puerto Rico’s former flyweight title challenger Jonathan ‘Bomba’ Gonzalez, who is now competing as a junior flyweight.

“It will be just like the series has always been, except without fans,” notes Zabala, though not at all expecting any less of an enthusiastic atmosphere. “We have been working with local government officials and the local tourism council, Experience Kissimmee to be able to launch the new Boxeo Telemundo LIVE concept.”

The series lost out on four dates that were provided as a bonus for the 2020 season, having to scrap shows due to take place on May 1, May 8, May 15 and May 22. The team was able to complete its first four-block season of the year, including a March 13 show in Mexico City which served as the last live boxing event featuring fans in attendance to air in the U.S. until Top Rank and ESPN returned with their current summer series which began earlier this month in Las Vegas.

[QUOTE=Oldskoolg;20628372]£10 it gets more views than the deadzone[/QUOTE] DAZN was off to a rocky start like with any new platform, had commercial success in promoting big names but it backfired from the pandemic

£10 it gets more views than the deadzone

I’m surprised Boxeo Telemundo is around since their ratings are awful. It may also have to do with the air time. It’s interesting how they show the main even first and then the undercard

Glad that Telemundo have dates for boxing cards again. This is sweet. :boxing: