At the Brentwood Centre in Brentwood, MTK Global held the light heavyweight version of their Golden Contract tournament.

In a shocker, Ricards Bolotniks (16-5-1, 7 KOs) crushed that man who some felt was the tournament favorite, undefeated, Steven Ward (12-1), with a knockout in the first round.

In the very first, as they were trading, Boltniks dropped Ward very hard. A moment later a series of punches droipped Ward for a second time against the ropes. And then another combination dropped Ward for a third time - and the fight was quickly waved off. 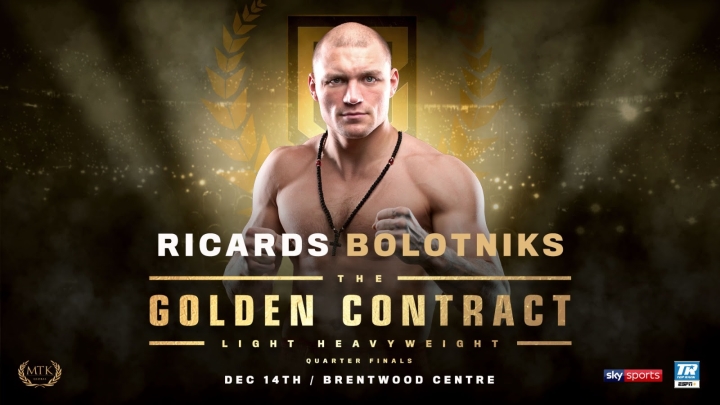 Michel has now won two in a row since getting knocked out in a close fight with Ryan Ford in April. This was Michel's first pro bout outside of Germany.

Burton has now won seven in a row since getting stopped by Frank Buglioni in December of 2016.

Liam Conroy (18-5-1, 9 KOs) bounced back from a June loss to Steven Ward, by advancing in the Golden Contract tournament with a ten round unanimous decision win over Andre Sterling (10-2).

During a hard exchange, Sterling was dropped in the seventh round. He made it up on unsteady legs, but made it through the round.

I thought Ward was given a huge gift when he beat Conroy so I’m glad Conroy advanced!