Bob Arum Motivated To Stock Up on More Heavyweights

In the last two years, Top Rank's CEO Bob Arum has begun to stock up on heavyweights. 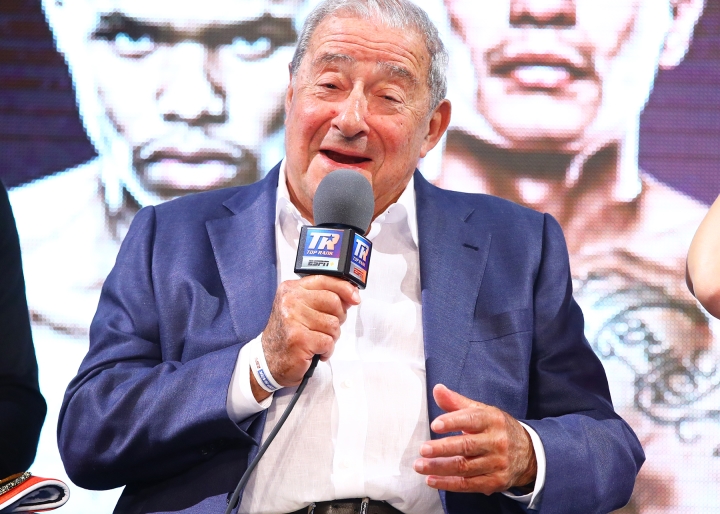 James Prince, who manages Ajagba, has high hopes for the boxer's ability to grow.

Arum's company president is fully on board with their direction to secure top talent in the heavyweight division.

For decades Arum's company has primarily pushed the smaller weight divisions, but in recent years there has been a big demand for hard-hitting heavyweights.

“No matter how much you tell them, ‘Hey, these little guys in the lower weights are more exciting and make better fights,’ the people love the f--king heavyweights,” Arum told Yahoo Sports.

“There is nothing wrong with stocking up on some talented young heavyweights and putting them out there. I mean, these guys all have a lot of ability and we can put a lot of good fights on with them.”

What else is he going to do? Top Rank doesn't have much going for it these days. Outside of Tyson Fury they don't have a single crossover pay per view box office star.

[QUOTE=Bronx2245;20702215]Exactly! I can tell that because he could've threatened Lopez to make Lomachenko vs. Berchelt, instead of Lomachenko vs. Verdejo! Then he could've fed Valdez to Shakur![/QUOTE] I still remember that Flores highlight reel KO of Berchelt. He has gotten…

[QUOTE=BoxingIsGreat;20701974]The bold: Exactly. With Berchelt, [B]Arum isn't that confident in him[/B], and I don't blame him. Berchelt isn't as good as many think.[/QUOTE]Exactly! I can tell that because he could've threatened Lopez to make Lomachenko vs. Berchelt, instead of Lomachenko…

[QUOTE=Bronx2245;20701960]What is he doing with Berchelt? I always wonder why Tank gets so much hate, and Berchelt does not? Berchelt should have been fought Lomachenko! Arum lost Oscar, Mayweather, Cotto, Mikey, and Manny! He's the one who seems to have…

[QUOTE=BoxingIsGreat;20701947]The better question in my opinion is, [B]why isn't Arum motivated enough to close the deal on his inhouse fights?[/B] Also, why is he doing their negotiations in public? I'm not asking you, I'm just wondering. Arum is also only…