The Limerick prospect makes his professional debut at the #MTKFightNight in Belfast on Friday night – live on ESPN+ in association with Top Rank and on iFL TV worldwide.

With expectations high and Donovan earmarked for superstar status, all eyes will be on a sold-out show at Ulster Hall, which is headlined by an IBF Inter-Continental flyweight showdown between Jay Harris and Paddy Barnes. 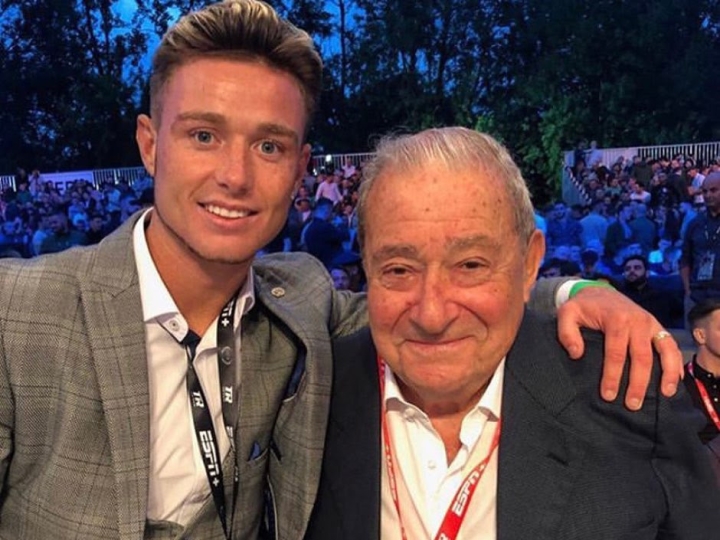 “It’s mine and his Dad’s job to keep him grounded but Paddy is very grounded naturally. He’s a very humble and respectful young man. It impresses you how he interacts with people – he’s got a lovely personality and a bit of charisma.

“All being well, I think he’ll be Limerick’s next world champion.”

Donovan said: “I enjoy hearing these king of things – especially from someone like the legendary Bob Arum.

“I must say I love being in the spotlight and I hope I can prove myself to be the full package.

“I believe that one day I can be a multiple-weight world champion. I’m not nervous right now. Maybe I will be before the fight but right now I’m just excited to get my boxing career underway.”

Joining Donovan vs. Sergio Torres and Harris vs. Barnes on a stacked card is Marco McCullough vs. Viorel Simion, Sean McComb vs. Emiliano Dominguez, Gary Cully vs. Rafal Grabowski, Dublin debutant Pierce O’Leary and many more.

Anybody seen this kid as a amateur?