Blane Hyland Back In Bolton Next Month After Debut Win

Blane Hyland will be back in the ring again before the end of the year.

The former Team GB star made his professional debut on Friday after claiming a Junior ABA Championship, a Senior Tri-Nations gold medal and places in two ABA finals as well as selection for Great Britain in the vest and headguard.

Hyland, whose father John competed in the 1984 Los Angeles Olympics and whose grandfather Tommy Bache was a 1958 Empire Games silver medallist, was an amateur under the tutelage of the coaches at the Salisbury ABC in his home city. 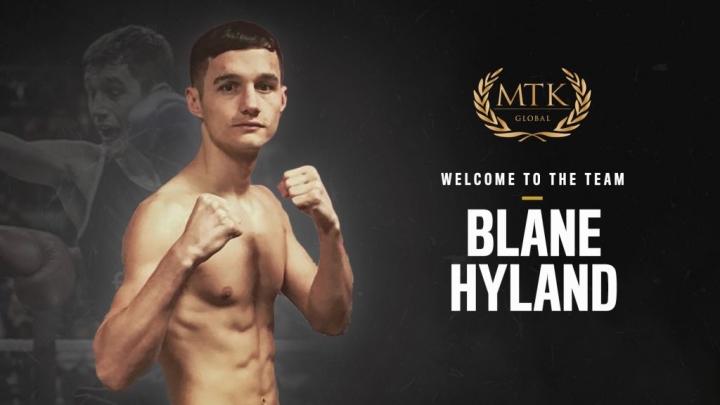 The 24-year-old began his professional campaign under the same team at the Eventim Olympia in Liverpool, outpointing Steven Maguire over four rounds by a margin of 39 points to 37.

And it has since been revealed that Hyland will be back before Christmas.

He has been confirmed as an addition to another MTK Fight Night card on December 20 at the Whites Hotel in Bolton.

Muhammad Ali, Britain’s first ever diabetic boxer, will feature on the card after inking a managerial deal with MTK Global recently, while there is action pencilled in for Sahir Iqbal, Lisa Whiteside –– who has had two of her three pro fights to date at the venue –– as well as Mike McGoldrick, Ryan Stevenson and Ross Cooksey, with Luke Whitaker making his professional debut.

Further additions will be revealed in due course.