Undefeated WBO Super-Middleweight World Champion Billy Joe Saunders has signed a multi-fight promotional deal with Eddie Hearn’s Matchroom Boxing, with his next fight to be announced next week.

The signing was revealed during a press conference held Tuesday in England, confirming a previous report from BoxingScene.com.

“Welcome to the big league Billy Joe!” exclaimed promoter Eddie Hearn. “This is a huge signing for us and the perfect place for Billy to be. Everyone in boxing knows how good Billy is and now he is going to get the chance to prove it against the elite.” 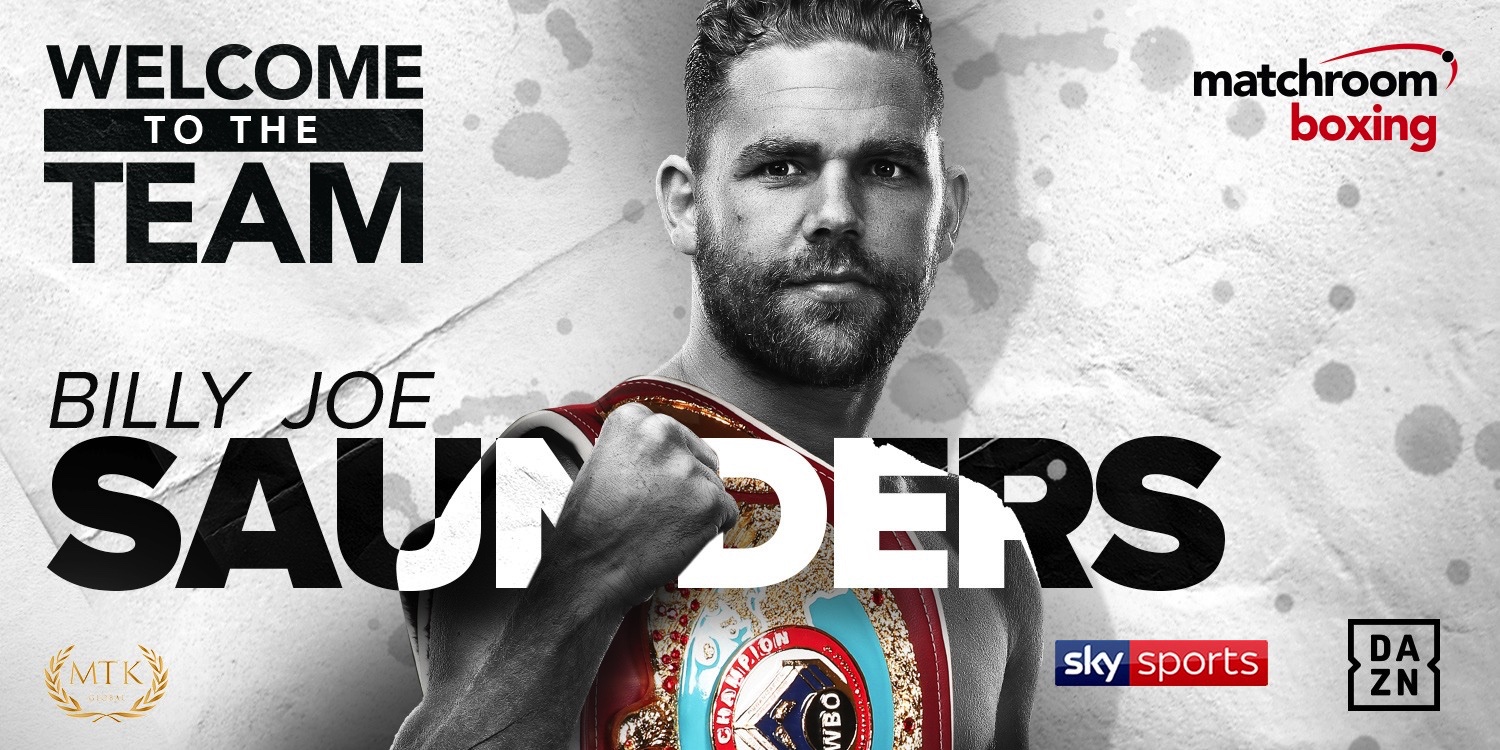 Saunders (28-0, 13 KOs) became a two-weight World Champion with a shutout points win over Shefat Isufi in Stevenage earlier this year, outclassing his Serbian opponent over 12 rounds to land the WBO 168lbs title.

The Hatfield southpaw’s first World title came against Irish fight legend Andy Lee at Manchester Arena in December 2015 when he floored the former Champion twice in the third round on route to a majority decision to claim the WBO Middleweight crown.

Successful defences followed against Artur Akavov, Willie Monroe Jr and, most notably, a career-best performance against David Lemieux on away soil in Canada where the 29-year-old star dismantled former IBF ruler Lemieux over 12 masterful rounds.

A former Southern Area, Commonwealth, British, WBO International and European Champion at Middleweight, Saunders is confident that his move to Matchroom Boxing will secure megafighs with new stablemates Callum Smith and Demetrius Andrade, as well as DAZN fighters Canelo Alvarez and Gennady Golovkin.

“This move is going to benefit me massively,” said Saunders. “Eddie Hearn and Matchroom Boxing can put me right out on the branch for those big fights. I’m on Golovkin and Canelo’s turf. I’ve made this move to make them fights because I’m sick of hearing their bullsh*t excuses. Those fights make financial sense and they make sense because we’re on the same network.

“I’m going to bring a lot of excitement to Sky Sports and DAZN. I’m a good talker but I can also walk the walk. Matchroom are going to give me more publicity and more exposure for these big fights and that’s what I need. Once people see me and they see what I’m about they’ll want to see me in those big fights.

“I can’t wait to be involved in those big nights that I’ve seen Matchroom put on over the years. If that means fighting at 168lbs or 8lbs lighter then that’s no problem. I’m ready to go and I’m hoping to be out at the end of October or early November.”

Hearn added: “He holds a World title at 168 but can also make 160 comfortably and when you look at the fighters we work with across our platforms, this was an obvious link up. Fighters need to be motivated with regular dates and solid deliverable plans – now Billy finally has that you will see him shine on both sides of the Atlantic.”

“Billy Joe is a huge talent, with mouthwatering fights available at Middleweight and Super-Middleweight, including Canelo, GGG, Demetrius Andrade, Danny Jacobs and that big domestic clash with Callum Smith.

“We’re very excited to have him on Sky Sports and look forward to seeing Billy Joe involved in some massive fights in the near future.”