Former world champion Billy Dib has made some changes for the new year and retained the services of veteran trainer and Hall of Famer Jeff Fenech.

Dib, 32 years old, is very focused on doing whatever is possible to claim a third world title before retirement.

He won his first fight under Fenench a decision victory on December 12 against journeyman Phum Kunmat. Last year, Dib was trained by Robert Garcia for a July fight in New York City with Yardley Cruz - but the fight became a no-contest after a clash of heads opened up a cut on Cruz. 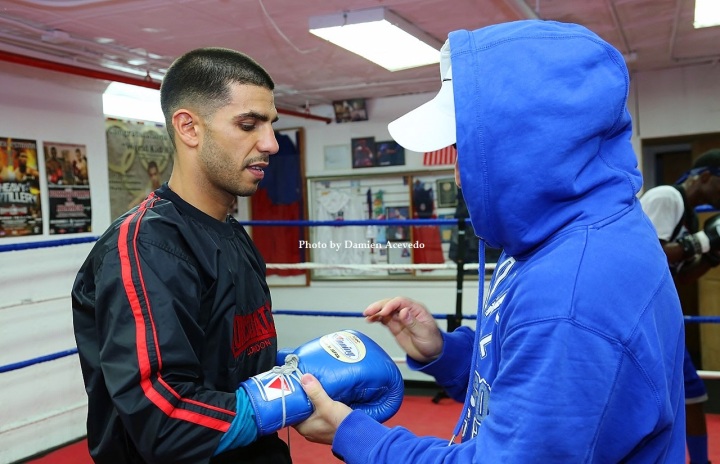 Fenech is very impressed with the skills of Dib (43-4, 24 KOs) and believes the boxer has the necessary tools to become a world champion again.

“I never realised how tough and how good a fighter Billy was until I started working with him,” Fenech said to The Daily Telegraph. “I still believe this kid can be a great fighter. I want him to win a third world title."

And the target for Dib and Fenech, is undefeated super featherweight contender Gervonta Davis (19-0, 18 KOs), who is promoted by Floyd Mayweather.

According to Fenech, they are attempting to get Davis to come over to Australia to fight them - which is a very unlikely ask unless there is a lot of money at stake for Davis.

“I am talking to some people about bringing Davis here at the end of March," Fenech said.

“I know Floyd will be keen to keep him fighting in the United States but I’ve got a great crew of people who will support me to get him to Australia. I know everyone will be saying Davis will kill Billy, but we’re going to do everything properly to be prepared and win.

“When I watched videos of Billy’s losses, it was clear to me that he was fighting their fight, not his. He was stepping with his jab, getting hit with right hands and going the same way the whole time. He was setting himself up to be hit trying to be first and be aggressive."

[QUOTE=Scary_canary;18377143]But what does a "5 generation Aussie" have anything to do with what you said[/QUOTE] People from Australia who use this term usually identify as 'white Australians.' That means their ancestors came over on the fleets packed with settlers from…

[QUOTE=Gillie;18379956]Wasn't this guy once called Prince Naseem without the punch?[/QUOTE] Excellent memory and essential point when it comes to Bilal Dib. Early on in his career he was making headlines and knocking guys over with his Hamed type style. Then…

Wasn't this guy once called Prince Naseem without the punch?

[QUOTE=Scary_canary;18377143]But what does a "5 generation Aussie" have anything to do with what you said[/QUOTE] I have no distant connection to Europe or america