After a dry series of months related to the COVID pandemic, in recent weeks we’ve seen the crowning of new lineal kings at cruiserweight (Mairis Briedis) and Jr. middleweight (Jermell Charlo), an excellent clash at middleweight (Jermall Charlo-Sergey Derveyanchenko), and a violent spectacle that will be in the running for fight of the decade in 2030 (Jose Zepeda-Ivan Baranchyk).

All of these moments were notable in that they pitted genuine members of their division’s top ten’s against each other.

Winning matters. Who winning happens against matters more. There's more good stuff coming with Lomachenko-Lopez, Spence-Garcia, and Inoue-Moloney all on the docket. 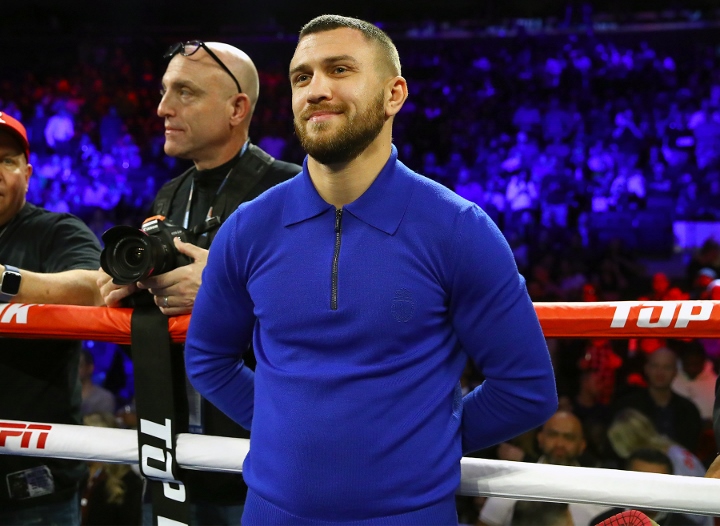 In July, the BoxingScene Pound for Pound list as it had been was retired in favor of something different. It’s often said fighters can only fight the opponents who are there. It felt long past time to start tracking who is doing the best job of that relative to their divisions.

In college football terms, it’s a strength of schedule idex.

After the dry run, a tweak is introduced this time around. If the point is to examine who is fighting the best of their divisions (and sometimes the best of those above and below them), it stands to reason attention should be paid to the diversity of opponents the best in the sport are facing.

With that in mind, the index now evaluates unique wins over the same designated time frame being evaluated which is a combination of a fighter’s last five fights and last three years of activity. Unique wins count only once so, for instance, while Emanuel Navarrete’s two wins over Isaac Dogboe both count towards his overall point total, it counts as only one unique win. For the top ten on this list, where each fighter was rated based on total score, and unique win score, is noted.

Several fighters had the same number of unique wins; ties were broken by overall score.

For this update, the three year cut off is shifted from July 1 to October 1. There are no changes in the top six but the moving up of the three year timeline sees previous numbers 7 and 8, Hiroto Kyoguchi and Miguel Berchelt, exit the top ten. Who enters in their place?

This List and Future Updates can be found at: https://www.boxingscene.com/forums/view.php?pg=pound

Here’s how it works.

? Every primary WBA, WBC, IBF, and WBO titlist, some select recent former titlists, and fighters who appeared in either the Ring or TBRB pound for pound top ten in the last year or so were evaluated based on the official results against their last five opponents and what those opponents were rated heading into the fight.

? Wins over rated opponents started at 11 points for a recognized TBRB or Ring champion down to one point for defeating a number ten contender. Draws got half credit. No points were given for a No Contest or No Decision but the result will be noted.

? Fighters who have produced a higher activity level were given a kicker score for any wins over rated opposition in the last three years no later than July 1, 2017. Everyone evaluated was scored for their last five opponents even if that was past the three year mark.

? Losses to rated opponents were given an inverse score, beginning with -1 for a champion down to -11.

? Losses to unrated opponents received a universal score of -12.

? Wins over unrated opponents were worth nothing.

? If there is a difference between a fighter’s Ring and TBRB rankings, the average of the two numbers was used (i.e. a win over a fighter rated second by one body and fifth by the other would be worth 7.5 pts).

? If a fighter was rated by only Ring or TBRB, half credit was given for a win based on the single rating. A loss total would come from an average of -12 and the point loss that would apply to the rating that was in place.

? Moves between weight classes were adjusted for by taking into consideration the body weight shift between weight classes. In other words, if a rated Jr. welterweight jumped up to beat a rated welterweight, the math would work like this: 147/140 multiplied by the divisional rating score. It works in reverse for a win over a fighter rated lower (i.e. 160/168 multiplied by the smaller man’s rating in his class). In an over the weight class fight, the divisions the men were rated in were used.

? Fighters from a higher class are noted with a [+], from a lower [-], after the weight limit of their respective weight class.

? The totals generated result in a rating.

? Each fighter evaluated is given a score for how many unique wins they have against rated opponents; beating the same opponent twice counts for only one unique win. They are then rated based on unique wins. The two ratings are averaged for a final rating.

? All divisions were treated equally based on the idea fighters can only face the men in their division while they are there and all point totals were applied based on official results.

Man, fxck this index. Terence Crawford behind a guy who got knocked out by a morbidly obese slob, who didn't even train for the rematch is ridiculous

[QUOTE=crold1;20806955]I think there are a million places to have that debate and it's fun and have at it. I'm just over it. I wanted to set aside a spot where we can track who among the best are having/having the…

[QUOTE=1hourRun;20806715]The boxingscene P4P is awful. These guys deviated from the original premise of P4P, does anyone truly believe that Vasily Bumochenko beats Terence Crawford straight up? Even at 135? HELL NO.[/QUOTE] I think there are a million places to have…

Despite this list not being a "this guy beats this other guy"... I do imagine a scenario where Loma would expect, based on the Khan fight, that Crawford would implement a Salido strategy to try to beat him with low…

The boxingscene P4P is awful. These guys deviated from the original premise of P4P, does anyone truly believe that Vasily Bumochenko beats Terence Crawford straight up? Even at 135? HELL NO.