Beterbiev looks forward to getting his amateur rival in the ring.

There has been bad blood between the two fighters since Beterbiev defeated Kovalev in the amateurs. The two champions have traded verbal jabs several times in the last few years. 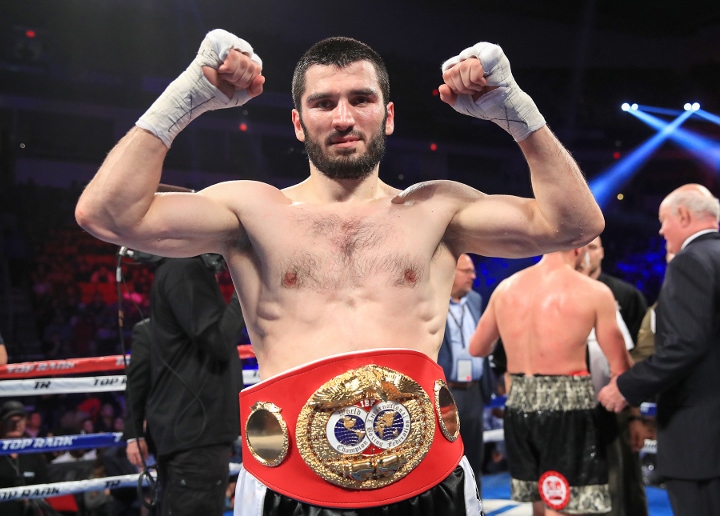 Beterbiev, who captured the vacant IBF title last November with a stoppage win over Enrico Koelling, is currently involved in a legal battle with his promoter Yvon Michel.

The Russian boxer believes his promotional contract is over, while Michel feels his agreement with Beterbiev is still good for another year or two.

There has been talk that Beterbiev rejected the opportunity to face Kovalev in the past - which he denies - and says he "looks forward" to facing Kovalev and the other champions in the division.

"I have a trial with my promoter, and it's hard for me to comment on these things just because I could not always get concrete information. I do not know if there is truth in his words [that Michel tried to make a Kovalev fight]. I did not receive any proposals in writing," said Beterbiev to Match TV.

"It's not true [that I turned down a deal to fight Kovalev]. Perhaps there was some proposal floated out there, but in professional boxing there are a lot of statements like this and the reality of what takes place is discussed behind the scenes.

"For example, when I boxed with Koelling for the title, I did not believe that this fight would happen until we entered the ring. A few days before the fight, Yvon Michel's lawyers intended to sue me and cancel the fight if I did not agree to pay 30% of my purse for that fight. As a result, my lawyer proposed to transfer 30% of the purse to a trust, ahead of  the trial with Yvonne. Now, if I win the court I will reclaim this amount. If he wins the court, then the 30% will go to him."

I'll be on team Beterbiev if it actually happens in the near future.

Really Vlad you think that’s boxing someone I saw some big shots but not boxing If that were the case then why did he not cutoff the ring No jabs in second half of fight , no movement I saw…

[QUOTE=MulaKO;18425267]Personally think Kovalev cannot outbox anyone Never saw him box someone It’s his power that gets him the wins but box no freakin way Bertebiev will destroy him anyway and any day imo[/QUOTE] He outboxed Ward for the better part…