Bernstein: Beating Loma Was an Impossible Ask of Rigondeaux

Al Bernstein, Hall of Fame expert analyst and longtime member of the Showtime Sports broadcast team, always believed Guillermo Rigondeaux was in way over his head in the contest with Vasyl Lomachenko from a few weeks ago.

The contest was a one-sided wipeout, with Lomachenko dominating the fight and Rigondeaux calling it quits after six rounds - citing a an injury to his left hand, which many still doubt was legitimate. 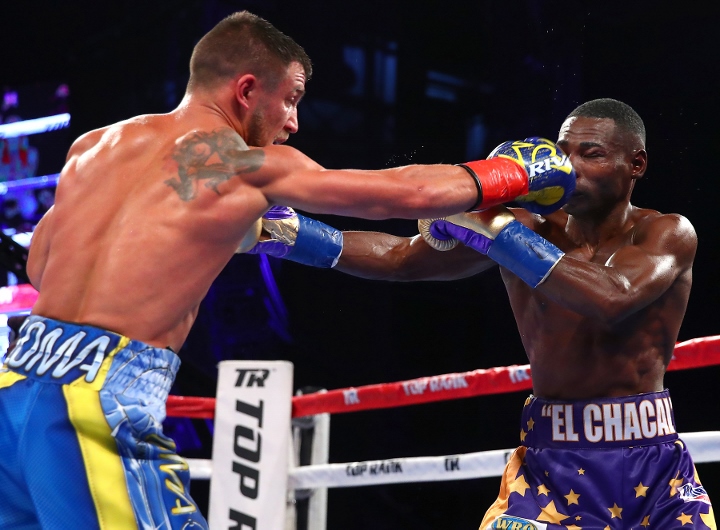 Bernstein felt the contest played out as he initially predicted.

And he's not surprised that Rigondeaux took heat from the fans - because it was later revealed that his hand injury was not severe.

"It’s funny how you have initial thoughts about something and then you alter as you get closer. My original thought — and I even tweeted about this months ago before the fight was made — was that it was just way too much to ask of Rigondeaux to go up two weight classes and that Lomachenko should be looking for somebody more his size," Bernstein told On The Ropes Boxing Radio.

"I took a lot of heat from fans on Twitter over that, and then as we got closer to the fight, I had tweets back and forth with Rigondeuax who said , 'No, I can do it.' Of course as it turns out, my initial feeling was more correct, it was just an impossible ask of Rigondeaux. To add to the woes, he gave kind of a non performance and stopped fighting with an injury that we now have determined was not quite as severe as he thought. I’m not given to criticize that much but in this case, I think Rigondeuax kind of invited some criticism."

Bernstein is still undecided on the much debated subject of whether or not Rigondeaux quit on his stool because he realized that there was absolutely no chance of winning.

"That’s the $64,000 question. I’d like to think that he felt he had a chance. The irony is, while he was losing, it wasn’t like Lomachenko was landing everything he threw with impunity. Lomachenko did land well and after the first round — which I thought Rigondeaux might have won — you had to give every round to Lomachenko," Bernstein said.

[QUOTE=deanrw;18363203]Well I guess my prediction on youtube a week before the fight saying Rigo would QUIT before the 8th round because he would not be able to hit loma was just a lucky guess then. I can send you the…

[QUOTE=Shrap;18377536]:lol1: Loma proved that he is WAY more skilled than Rigo, that's for sure. All the salt on the planet won't change that.[/QUOTE] Possibly more skilled or Rigo's reflexes aren't what they used to be. In any event it was…

[QUOTE=TonyGe;18360454]They aren't playing the victim card they are simply stating facts. #1 Rigo is smaller. #2 Rigo is older [B]#3 Lomo is equally skilled[/B] #4 Lomo has fought at this weight before. I'm not a fan of either guy but…