Torres is a young talented super featherweight with southpaw stance and a lot of international amateur experience as part of the Norwegian national team.

“I have passion for talented southpaws and he certainly is," Martinez said. 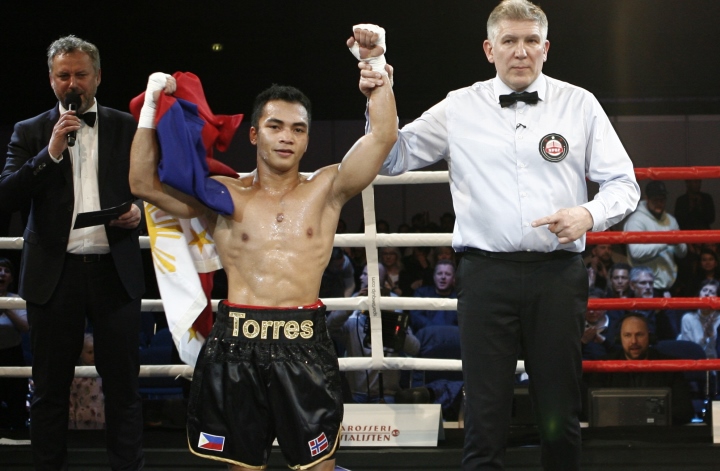 Torres made his three pro fights under the Maravillabox banner on shows in Norway and Spain, but only as one-fight deals. Since now he will officially be a member of the company and the star of the Maravillabox Nordic shows together with his citizen, the European female champion Katharina Thanderz.

“He is a very charismatic and a very special guy. He surprised me since the first time I saw him in his pro debut which took place last October. I think that he has a very good future," said matchmaker of the company Oscar Zardain.

Torres will keep training in Norway with his lifelong coaches Kjell and Roar Soerum.

His official debut as a Maravillabox fighter will be this coming May 19 in Elche (Spain), on the undercard of Kiko Martinez vs. Marc Vidal, who battle for the European title.

“As Muhammad Ali once said, 'champions are made from something they have deep inside them' and Bernard is this kind of guy. He has the smile of a champion," Martinez finished.

IN OTHER NEWS: South African Xolisani Ndongeni is the new World Boxing Federation (WBF) World Lightweight Champion after defeating Abraham Ndauendapo from Namibia on Friday night, April 6, to win the vacant title at the Time Square in Pretoria.

After a tough fight, Ndongeni won a unanimous decision with scores of 115-113 from judge Phumeza Zinakile, 118-110 from judge Boitumelo Madiba and 117-111 from judge Nomhlawakhe Tyuluba. Referee in charge of the action was Ben Ncapayi.

After a somewhat slow start in the first quarter of the fight, where Ndauendapo looked the sharper man, Ndongeni found his rhythm as the fight progressed. At the half-way point he appeared to have solved the puzzle that was his awkward opponent, as out-boxed Ndauendapo in periods.