Berchelt vs. Barros Finalized For Merida, To Be Carried By ESPN+

Barros is regarded as a strong opponent with extensive international experience. 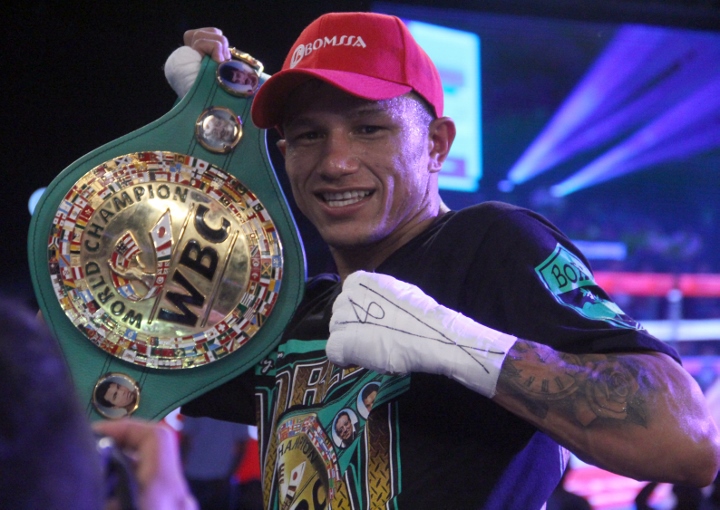 The fight will be televised by Azteca 7, and the Mexican promoters announced that ESPN+ will carry the fight in the United States.

The great evening will be held in the Poliforum Zamna, in Merida,which is a city that is regarded as the second home of the world champion.

Berchelt won the world title on January 28, 2017 when he knocked out countryman Francisco "Bandido" Vargas in Indio, California, and successfully defended the crown on two occasions - against Japan's Takashi Miura and Maxwell Awuku of Ghana.

Promoter Mario Abraham stressed to local reporters that the evening will be one of the "biggest events of the year in Yucatan" and noted that Zanfer is spending a lot of money to stage the event in Merida.

Barros (41-5-1, 22 KOs) is coming off a decision loss, when he challenged then IBF featherweight champion Lee Selby last July in Wembley.

Barros has been fighting at super featherweight, on and offer, for several years.

The defeat to Selby was Barros' last defeat since 2012, when he was stopped in eight rounds by Mikey Garcia in Las Vegas. To date it's the only stoppage loss of Barros' career.

He then won his next seven fights, before suffering the loss to Selby.

[QUOTE=nycsmooth;18804471]Barroso is a B - fighter I have seen him on YouTube many times and one time live.. the guy is a joke,,, no fundamentals.. he possess taxi cab opponent... they are doing whatever they can to make Berchelt stay…

I was hoping Berchelt would face someone good but dam this sucks. And wsup with all the fights being on espn plus now?

So I have to pay for cable....pay for additional sports channels...pay for premium channels... and now an online channel.... oh ****... Americans stop paying for this legal theft and say no to this ****... this will be followed by other…