Berchelt Will Be Ringside, Keeping a Close Eye on Ito vs. Herring

Mexico's Miguel 'Alacran' Berchelt has not established what will happen in the second half of 2019, but he wants to be aware of any possibility, and precisely because of that he will be present in the front row to watch the upcoming fight between Masayuki Ito and Jamel Herring this coming May 25 in Florida.

Berchelt was in action last Saturday at the Convention Center in Tucson, Arizona, where he retained his super featherweight championship of the World Boxing Council with a sixth round stoppage of Francisco 'Bandido' Vargas in their one-sided rematch.

"There are now opportunities to fight at 130 and 135 pounds, but the only thing we have planned for now is to be present for card with Masayuki Ito and Jamel Herring that is going to be done in Florida. One of Miguel's ideas in 2019 is to unify and the winner of that fight is viable, so we are going to be attentive of what happens," said Berchelt's co-promoter Mario Abraham to ESPN Deportes. 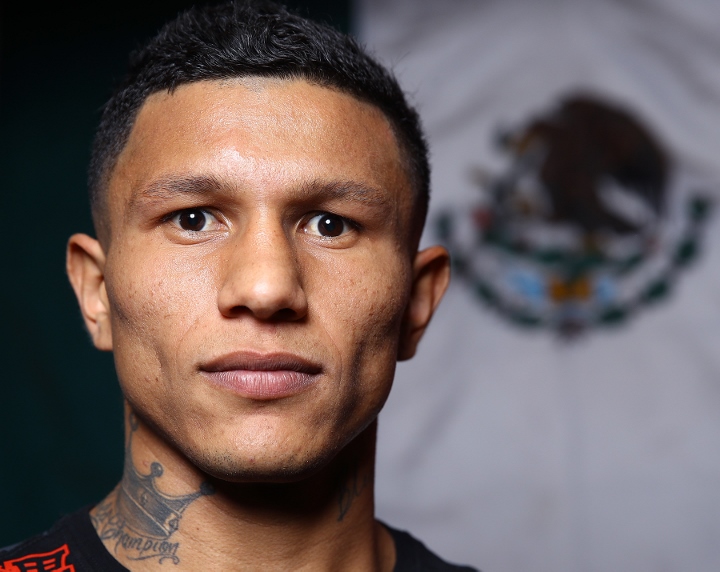 After the victory over Vargas, Berchelt said he would love to unify with Ito, the current super featherweight monarch of the World Boxing Organization. The Japanese champion will defend against Herring at the Osceola Heritage Park in Kissimmeee, Florida, in the main event of the Top Rank card that will broadcast on ESPN.

Another possibility for Berchelt is the promotion to 135 pounds, and he mentioned Vasiliy Lomachenko as a possibility, which is also feasible in taking a big risk.

A unification fight with Gervonta Davis is less likely, while fights with Tevin Farmer or Andrew Cancio, who will fight with Alberto Machado on June 21 - they may be feasible because Berchelt's co-promoter Zanfer does business with the DAZN streaming service, which showcases the careers of Farmer, Cancio and Machado.

Shouldnt he try and get a fight vs Loma or Tank Davis? well we know the Davis fight wont happen but Loma and possibly Lopez would be pretty good fights.

I can almost guarantee that Berchelt won't fight Farmer, Machado, or Cancio on DAZN. Bob Arum won't let it happen. So Ito or Herring it is.

Vargas was no cherry in any book. I have to admit Berchelt has seasoned well. I don't mind these type fights, until a super fight comes along.

[QUOTE=richardt;19743459]He doesnt need to be there. The winner of Ito/Herring will just be target practice fodder for Berchelt who will put away the winner. His difficulties will be if he faces Davis or Lom. Maybe Farmer, maybe not. I dont…

He doesnt need to be there. The winner of Ito/Herring will just be target practice fodder for Berchelt who will put away the winner. His difficulties will be if he faces Davis or Lom. Maybe Farmer, maybe not. I dont…