Trainer Ben Davison believes Mike Tyson, even at 54-years-old, can find success in the ring if he's as dedicated as Tyson Fury.

Tyson, who retired from the sport in 2005, will return to the ring on Saturday night when he faces former four division champion Roy Jones, 51-years-old, at Staples Center in Los Angeles.

The bout will be an eight round exhibition, with each round consisting of two minutes. Their bout will be carried on pay-per-view. 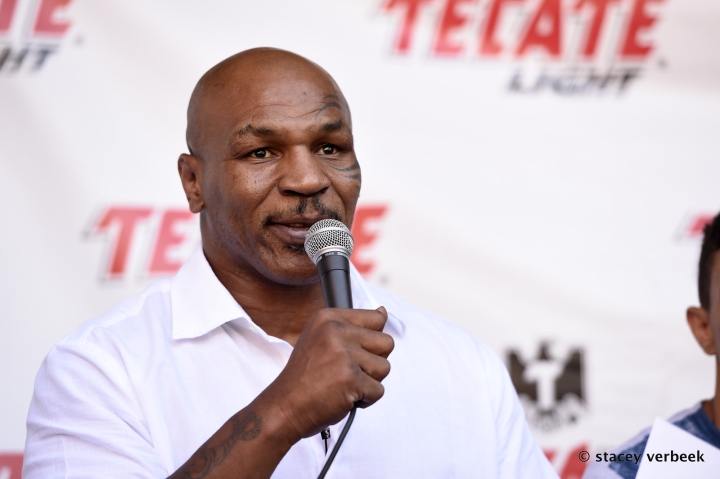 Fury was out of the ring for over two years and became very overweight.

He was able to make a miracle comeback, which started in 2018, got his body in order, and this past February he stopped Deontay Wilder to capture the WBC heavyweight crown.

“Mike Tyson will be as good as his dedication has allowed him to train. The misconception when I was training Tyson Fury for his comeback was that I had to keep motivating him or stopping him from doing or eating things he wasn’t supposed to do," Davison told BT Sport.

“But he was completely self-motivated, Tyson Fury wanted to do everything for himself so he was very easy to train. Even when Tyson was 28-stone he was doing boxing training and sparring and if Mike has done the same then, now he is at his ideal fighting weight it will feel a lot easier, like it did for Tyson Fury.

While the local commission is billing the fight as a hard spar, the boxers are claiming the two of them are going to trade big punches.

“I am as unsure as anyone else on what to expect. I hope they go out, have fun, take turns in having success and play a bit of a game together but that’s never going to happen, they are going to have a real fight," Davison said.

“These fellas got to where they got because of that spirit where they are prepared to leave everything in the ring. To be willing to die in the ring, give it there all, leave it all in the ring, is built in them, it is part of their DNA.”

[QUOTE=Robbie Barrett;20911014]As soon as Jones eats a clean hard punch the ref will stop it. I think it'll be mostly pitter pat/pulled punches. Everyone that bought it will complain.[/QUOTE] Nothing will happen,Mike will be too knackered to do much.

Unbelievable how people are buying into this scam

As soon as Jones eats a clean hard punch the ref will stop it. I think it'll be mostly pitter pat/pulled punches. Everyone that bought it will complain.