Belmar Preciado wasn’t about to leave any room for error this time around.

Eight weeks after suffering a knockout loss in a shootout, Colombia’s Preciado was quick to the draw in a 1st round knockout of Mexico City’s Rodolfo ‘Fofo’ Hernandez. A series of body shot left Hernandez down and out just 0:19 into their Telemundo-televised headliner Friday evening from Osceola Heritage Park in Kissimmee, Florida. 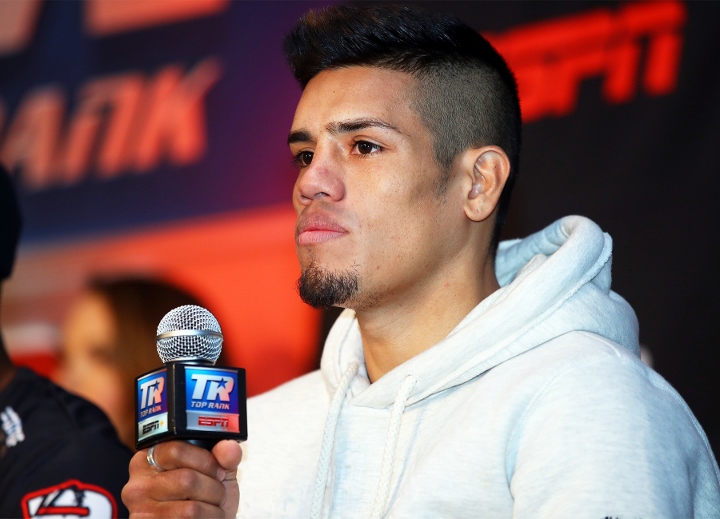 Preciado returned to the very same venue and platform where he was on the wrong end of a highlight reel knockout, as he was stopped in five rounds by Dennis ‘El Martillo’ Contreras on September 4. The bout was easily the best to air on Telemundo in 2020, with Friday’s result undoubtedly the quickest.

A sustained body attack was clearly the game plan for Preciado (21-3-1, 14KOs), raking left hooks and right hands downstairs against an inviting Hernandez. Brief two-way action came at the opening bell, but with Preciado asserting himself and not letting up on his attack. A left hook downstairs had Hernandez hurt, with a right hand and left hook forcing him to his knees.

Hernandez (30-10-1, 28KOs) remained on the canvas as the fight was waved off midway through the referee’s count.

The bout was the first back at junior featherweight for Preciado since 2017, having spent his pat five fights at featherweight where he admittedly felt like a fish out of water. A regional title came with Friday’s win, and with the intention of remaining in this division in hopes of working his way towards a major title in 2021.

The show marked the fall and year-end finale of the Boxeo Telemundo series, having run eight shows in the past 11 weeks. All eight cards over that stretch took place at Osceola Heritage Park, a longtime series favorite.