Heavyweight Kash Ali could face a lengthy ban after being thrown out for biting opponent David Price in the fifth round of their non-title fight at the M&S Bank Arena in Liverpool.

The British Boxing Board of Control are set to investigate the incident after both fighters fell to the floor, with Price emerging with a clear bite mark on his chest.

Referee Mark Lyson immediately stopped the contest and disqualified Ali, who had earlier been docked a point for punching to the back of the head, and whom Price also accused of biting his arm earlier in the contest. 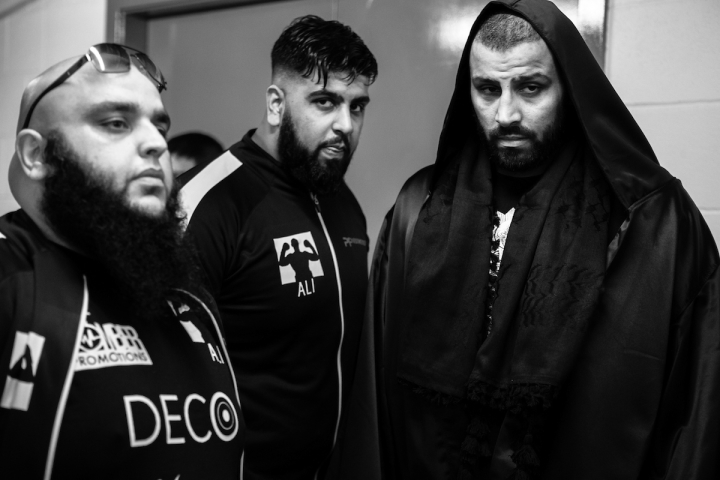 Price admitted his win over Ali was far from satisfactory but will now look to press on and rebuild his career after a series of recent setbacks.

Speaking in the ring, the fight broadcast on Sky Sports, Price was asked about a rematch, but he said: “I don’t want to share a ring with an animal like that again.”

Former world cruiserweight champion Tony Bellew branded Ali “a disgrace” and called for him to be banned.

"He is a disgrace for what he's done," Bellew told Sky Sports. "Biting a man on the floor? There's not many things lower."

On the same card former WBO light-middleweight champion Liam Smith outclassed his former sparring partner Sam Eggington, whose corner threw in the towel in the fifth round of a one-sided contest.

Fowler, a heavy favourite, started on top before Fitzgerald took over in the middle part of the contest to build a slender points lead.

Fowler had a strong ninth round, rattling Fitzgerald with a big uppercut, but the Preston man reacted superbly in the last as he dropped Fowler to scrape home 95-94 (twice), with the third judge scoring 96-94 for Fowler.

He should be banned for sure. They should take his purse as well, there's no place for that behaviour inside the ring.

Exactly what kind of investigation do they need to do? "Hmmm, yeah, looks like he bit him". No f**king s**t.

I kind of wanted to see the fight continue, David Price is craving a knock out victory. And he has been robbed of that twice, Kash Ali was game and probably had a slightly better engine than David Price. But…

Ali should be out, he's not even a useful addition to the mainstream division

Excellent point from Tony "Please just leave me be" Bellew