Bellew Confident That He'd Play With Andy Ruiz, Make Fool of Him

Former world champion Tony Bellew believes that he's still capable of beating top fighters - if he dedicated himself to making a comeback in the sport.

The man who captured the WBC world title at cruiserweight, retired from the sport in 2018 after suffering a knockout loss at the hands of Oleksandr Usyk.

Before the loss to Usyk, Bellew had dropped the WBC belt he captured in 2016 to make a lucrative jump to the heavyweight division - and stopped David Haye in back to back fights.

Bellew is currently working behind the mic, as an expert analyst for Sky Sports. 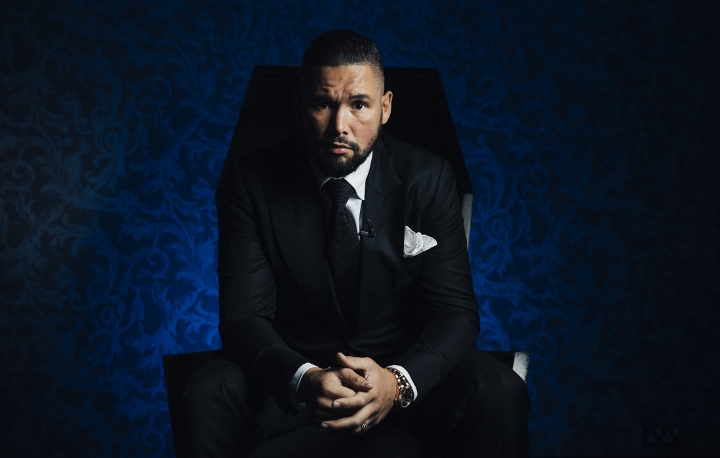 Bellew believes that he could toy with former unified champion Andy Ruiz, who last year shocked the world when he stopped Anthony Joshua in seven rounds. Joshua got revenge in December, when he outboxed Ruiz over twelve rounds.

But, Bellew also cautions that he currently does not have any intentions to make a return to the ring.

"I still feel like I could beat people, mate. I'm pretty confident I'd play with Andy Ruiz, I'd absolutely make a fool of him. I'm confident, 100 percent. Would I be willing to risk it and put it on the line? Probably not, no. I don't think I'm the same animal but I do think I could turn into it," Bellew stated during an interview with promoter Eddie Hearn on Matchroom's Talk the Talk.

"I've got a mentality that switches sometimes, I think I can switch at any moment but can your body and mind persevere with a twelve week camp? Can I get through it? Can I cope with the sparring sessions?  If I was to come back, there's no way I could deal with another pull-out, that's what I would say.

"You can't train for twelve weeks then a fighter says 'I've got an injury, I'm pulling out'. I'd literally have a breakdown. So, I do still feel like I could do it, I'm not an old, old fighter. I had some wars. But with the Usyk fight I knew it was the end because I was getting injuries toward the end of camp as you knew."

Bellew is loud mouth cuck. Typical sissy who says i would have beat you up if (fill in any excuse)... He's said this about a lot of fighters that aren't British and knows he'll never fight. Probably why no one…

The God bellow worships called AJ got the beating of his life from Ruiz. What is Ruiz could beat bellow while holding a burrito in one hand Another deluded UK boxer, not willing to back up his talk

I’m not a fan of guys saying this about active fighters when they are inactive. Unless you are gonna actually come back and fight those guys. It’s just attention seeking at this point.

I don't see him beating Ruiz, or any decent HW for that matter. Ever since he said he wanted to be left alone, I've heard and seen him more than ever. Podcast, Youtube, reality shows, quiz shows, radio. I did…

Always enjoyed the Bomber. His fights with Cleverly, Haye and Makabu were very enjoyable. I also remember Adonis Stevenson giving him a good thumping. He talks alot of smack but I find it slightly more tolerable than Froch.