Josh Wale has had his next fight confirmed.

The Barnsley bantamweight, who was most recently in action earlier this month, will defend his British crown against the mandatory challenger Ukashir Farooq.

Stefy Bull, Wale’s promoter, will stage the fight –– the third defence for Wale, who will get the belt for keeps with a win –– on April 13 at Doncaster Dome. 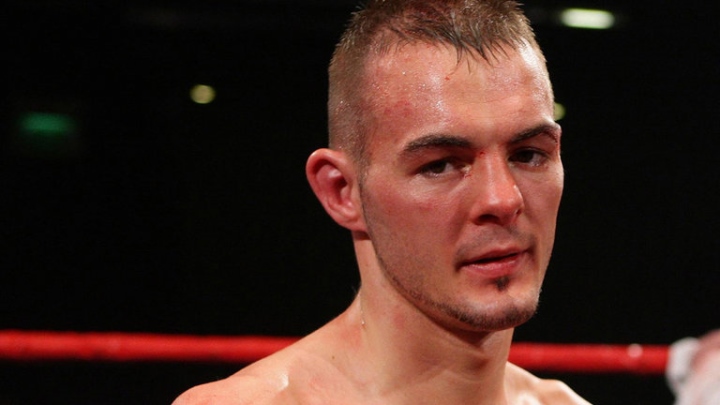 The news of the fight was revealed by the British Boxing Board of Control in their latest batch of notices and there was plenty more to whet the whistle too.

A date and venue are awaited for that one, while an official eliminator for that crown between Joe Ham and Dickens’ new gym-mate Tyrone McCullagh, who joined Derry Mathews’ Liverpool gym recently, has been put out to purse bids and must happen by the end of June. The vacant Celtic title at 122 pounds will also be at stake, should a fight between McCullagh and Ham come to fruition.

Meanwhile, Sam Bowen has finally been given his shot at the British title and will challenge for the vacant super-featherweight belt against Maxi Hughes at Event City in Manchester on April 28, as part of the same card to the newly-formed Ultimate Boxxer tournament.

A bid was received by the Board for the vacant English super-welterweight title clash between James Metcalf and Asinia Byfield, which would have doubled up as an official eliminator for the vacant British title, but it was handed in too late, according to officials, meaning that the contest remains out to bids until next month at the earliest. It must take place by the end of June.

And as previously reported on Boxing Scene, to conclude at British level, former world title challenger Hughie Fury will challenge for the heavyweight belt against champion Sam Sexton on May 12 at the Premier Suite at Bolton Wanderers’ Macron Stadium.

At English title level, there was heartbreak for Arfan Iqbal after he suffered an injury. He was set to defend his cruiserweight crown against Simon Vallily on the big George Groves vs. Chris Eubank Jr. card at Manchester Arena on February 17, exclusively live on ITV Box Office, but a twisted ankle put paid to that.

Liam Conroy, as previously reported elsewhere, will return on March 31 in a defence of his light-heavyweight title against Miles Shinkwin at Preston Guild Hall, exclusively live on Free Sports UK TV.

Frank Warren, according to the notices, will stage Darryll Williams’ English super-middleweight title defence against Lennox Clarke. However, Williams announced late last year that he was retiring, so that contest is currently up in the air.

Tyler Denny vs. Matthew Ryan has been ordered as an official eliminator for Elliott Matthews’ English middleweight title and is out to purse bids, while Johnney Roye will promote Matt McCarthy vs. Billy Bird in an English super-welterweight title eliminator, which is also for the former’s Southern Area belt, on March 3 at the Brentwood Centre in Essex.

In other news, Conor Benn withdrew from an eliminator for the English welterweight title against Isaac Macleod and Johnny Coyle pulled out of a vacant super-lightweight English title clash against Sam O’Maison.

March 3 at York Hall is the date and venue for the vacant English super-lightweight title eliminator between Kayamba Prospere and Nathan Weise, which is being promoted by Steve Goodwin, while a date and venue are both awaited after purse bids were ordered for Lee Appleyard’s defence of the English lightweight title against Myron Mills.

Jordan Gill withdrew from a fight against Zahid Hussain for the vacant English featherweight title and Frank Warren won the purse bids to stage Josh Kennedy’s English super-bantamweight title defence against Lucien Reid with a date and venue yet to be revealed.

In Europe, Andrew Selby is set to challenge for the blue and gold title at flyweight, which is currently vacant, against Vincent Legrand. Europrom are promoting the show and the notice reveals that the fight will take place on April 28 in Douai, France.

And Liam Cameron is set to defend his Commonwealth middleweight title against Elliott Matthews on April 27 at the Ponds Forge Arena in Sheffield.

Why hasn't Mark Heffron been given at least a chance for at least the English title yet?!