Former world champion Barry McGuigan has given his take on five fighters to watch in 2020.

Only one of the five boxers has seen action this year. 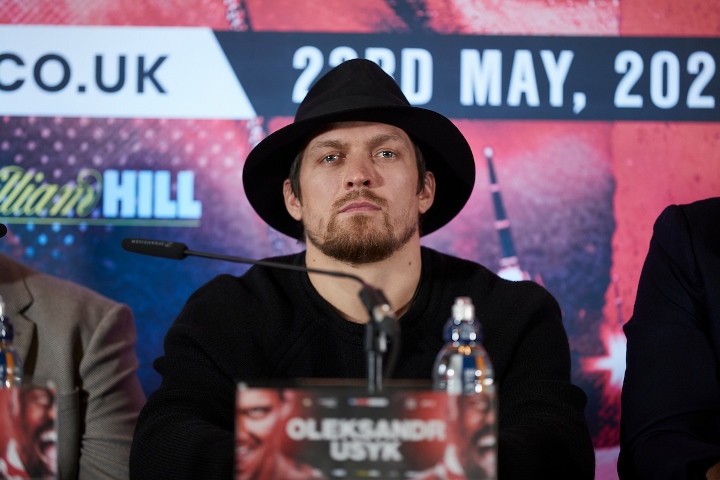 "Usyk is hoping to be the next Evander Holyfield but my worry is he looks underpowered for a 21st century heavyweight. Little has changed since the beginning of the Queensberry Rules. This business is about power. Usyk had it in abundance at cruiserweight and great skill," McGuigan told The Mirror.

"That ability will keep him relevant but If a bloke is three stones heavier there is always the risk he can knock you out. You might work him over, as he did Chazz Witherspoon in his first engagement at heavy, but if he gets a free shot at your chin, the chances are a world class biggun will put your lights out."

And then is undefeated light heavyweight Joshua Buatsi, who captured Olympic bronze in Rio..

"Artur Beterbiev is the man at light heavyweight. Dimitri Bivol is not far behind, a very talented kid, but when Beterbiev closes you down it’s hard to stay upright. Buatsi is operating at a much lower level, but an unexpected door might be opening if Beterbiev refuses a mandatory against China’s Fanlong Meng for his IBF belt. At No.3 in the IBF rankings Buatsi is first in line to step up," McGuigan said.

"The jump from domestic level, as Anthony Yarde found against a 37-year-old Sergey Kovalev, is huge, but Buatsi, a bronze medallist at the Rio Olympics, has the potential to do it, and against Meng, every opportunity."

"Already a featherweight world champion after just 13 fights. At 22 this kid is an incredible talent," McGuigan said.

"He was a split-decision from gold against Cuba’s Robeisy Ramirez at the Rio Olympics, but has made up for that as a pro. A southpaw with fast hands, my hope is that we see him in a British ring in a unification with Josh Warrington."

Barry stating the obvious and then naming fighters from his son's gym? Never!

I don't think anyone's really "one to watch" in 2020. It's already 6 months in and there's no big fights anytime soon. If we are lucky we might see Usyk out once this year and it won't be in a…