Michael B. Jordan reprises his role as Adonis Creed, son of Apollo Creed, who is the late friend and former foe of Sylvester Stallone’s aging protagonist Rocky Balboa.

Stallone wrote the screenplay for “Rocky,” which won an Oscar for “Best Picture” in 1977, wherein he battles to a draw with heavyweight champion Apollo. 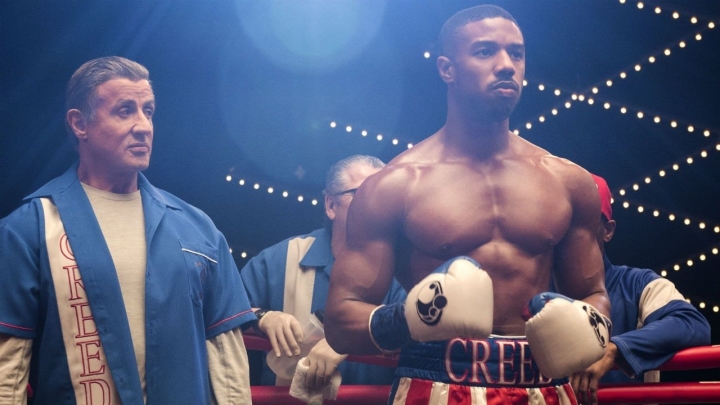 Brett Yormark, who manages activities at Barclays as CEO of Brooklyn Sports and Entertainment, spoke to George Willis of The New York Post about the filming of the movie, saying, in part, “It’s a big deal for us and my staff.”

“Being in a movie like ‘Creed II’ [the sequel to “Creed”] that will go global further expands and validates our boxing program," said Yormark of a movie which opens nationwide on Wednesday. "It shows Barclays Center is a destination venue for the biggest and best fights that can be made.”

Prior to Porter-Garcia, which marked the venue’s 30th boxing event, Barclays had featured more than 250 bouts and 55 championship fights.

The PBC returns to Barclays on January 22 as WBA welterweight champion Keith Thurman is challenged by Josesito Lopez.

The pair of cards is among eight world title fights that will be televised on FOX over the next three months, according to The New York Post.

Wilder-Stiverne was also a PBC card.

“When I think about our program and where we came from six years ago and where we’re at today," said Yormark,  "building continuity with the biggest and best fighters and being part of the conversation whenever a mega-fight is announced and now being in a movie like ‘Creed II’, I could never have dreamt of that.”

[QUOTE=TheIronMike;19287844]Is Lampley in the movie? Any boxers?[/QUOTE] Lampley and Max are in it. No boxers besides Andre Ward that I recall.

[QUOTE=_original_;19287840]I saw it last night. Very good sequel but not as good as the first Creed.[/QUOTE] Is Lampley in the movie? Any boxers?

I saw it last night. Very good sequel but not as good as the first Creed.

Footage was shot at Joshua v Parker As well? [url]http://www.ladbible.com/entertainment/sport-film-and-tv-creed-ii-filming-at-joshua-vs-parker-turns-fans-into-movie-extras-20180401[/url]