Baranchyk Aims To Put Josh Taylor To Sleep: I Will Win 100%

IBF Champion Ivan Baranchyk is motivated by fighting in Josh Taylor’s backyard in the WBSS super-lightweight semi-final on Saturday at The SSE Hydro in Glasgow, Scotland.

“I will win, one hundred percent,” said Baranchyk at Tuesday’s media workout ahead of this weekend’s World Boxing Super Series semi-finals. “Either I knock him out or I will put him down so many times that there is no doubt. Taylor has never run into a beast like me. This is going to be a new experience for him, something he’s never seen before. Let’s see how he handles it. I know how I will handle it.”

“I have a lot of respect for Josh Taylor,” 'The Beast’ added. “I think this will be my toughest fight yet because both me and Josh are very tough fighters, really strong. But for me, it’s always better to knock the opponent out. Saturday night, there will be no need for the judges.” 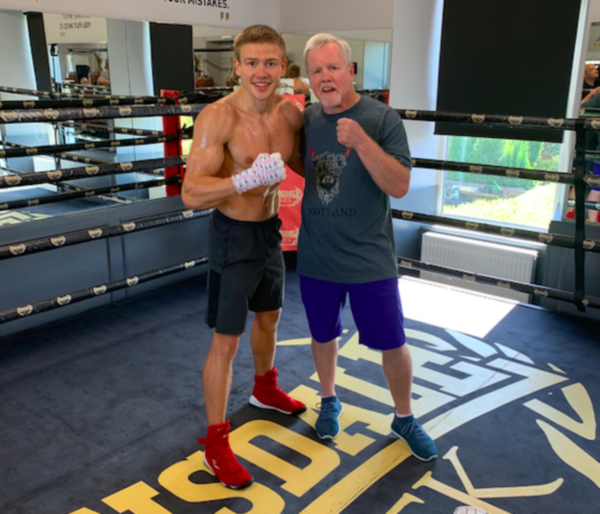 The Belarusian residing in Miami, Oklahoma, said says he feels comfortable on foreign soil and he sees an opportunity to conquer new territory away from home in his first bout outside Belarus and the United States.

“I am not used to being the bad guy,” he said. “In the States, I have a big following, a big crowd. So this is the first time I’m really going to be the outsider, coming to a hostile environment. But I don’t mind coming to Glasgow for my first defence. It’s not tough for me. I’m comfortable, I’m excited and there is no problem with being here.”

“I’ve never fought in an arena where everybody wants me to lose! But I love that. It motivates me. I might not be popular, or famous here in Scotland. But I want to be famous here. I want the Scots to become my fans, and to have fans all over the world.”

And Baranchyk’s trainer Freddie Roach told has the plan to make it happen.

“I came up with a very good game plan and we are going for the knockout,” he said. “I have watched Taylor every night and day, and I am looking for the bad habits and there is quite a few.”

Josh Taylor, however, told it is written he will take Baranchyk’s IBF title.

“I am ready to become world champion on Saturday,” said Taylor. “This is my dream. I have dreamed about this for so long and for years I've wrote on bits of paper - 'Josh Taylor, World Champion.’

“I am really excited and happy that the big shot is almost here. I am delighted to be doing Scotland proud.”

Really looking forward to this, taylor is never in a bad fight and Baranchyk looks the business too! I gave Taylor the Postol fight by a single round, thought he took a long time to adjust. I’d back him in…

Only two things I'm certain of in this fight is that (1) heavy artillery will be exchanged (2) judges will give Taylor all the close rounds. Josh certainly does have flaws in his game, and will be interesting to see…