The bout has been talked about for some quite some time and both fighters have navigated through some rough patches to get close to the fight finally coming to fruition.

In his last two bouts DeGale won unanimous decisions against Rogelio "Porky" Medina and Lucian Bute in fights that were much closer than the final scores indicated. 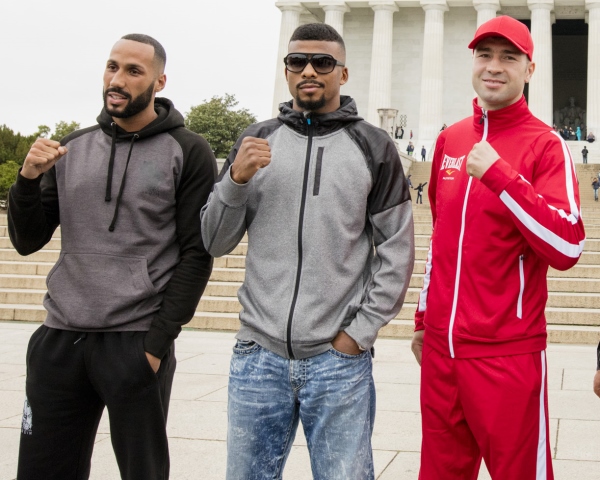 Jack fought Bute to a controversial draw in his last fight which took place in April. Many observers felt that the judges ignored the bodywork that Jack employed throughout the fight and that the Floyd Mayweather promoted fighter deserved to get the victory.

Bute ended up testing positive for a banned substance and there is a good possibility that the draw result will be changed to a no-contest.

The 32-year-old Jack feels that explains why Bute was able to fight at a high level late in the fight.

"That explained why he was strong in the later rounds. He came back strong after all the body punches I hit him with but everybody saw that I won that fight so I am not even worried about that and I am looking forward to fighting James DeGale," Jack told BoxingScene.com.

A formal announcement for Jack-DeGale is expected in the next few weeks.

[QUOTE=Luilun;16994950]Only loser like you keep up with Jack who gives a Phuck about him but only an idiot like you wouldn't know Memo can turn a dirty test into a passed test[/QUOTE] I know you only care about Pacquiao and…

Remember Bute rallying in the 12th round against Pascal a few years back. He found a surge of energy late in that fight as well. What kind of testing was done for that fight? I do remember Andrade literally having…

This is lowkey a really good fight. This and the Ward-Kov fights are pretty big deals and the fights I'm looking forward to the most. Whoever wins this will be running the division.... They may even move up and get…

[QUOTE=THEFRESHBRAWLER;16994759]Its not a accusation dummy, he actually failed a test. Keep up loser.[/QUOTE] Only loser like you keep up with Jack who gives a Phuck about him but only an idiot like you wouldn't know Memo can turn a dirty…

What Jack actually wants from DeGale?