Badou Jack: I Can't Wait Until Saturday... And The New!

Badou Jack was nearly at a loss for words, but in a very good way.

The former two-division titlist had a do a double take while up on stage, prepared to discuss his upcoming bout versus interim light heavyweight title fight versus Canada’s Jean Pascal. The fight serves in supporting capacity to Gervonta Davis’ clash with Yuriorkis Gamboa (30-2, 18KOs) for a vacant lightweight title, live from State Farm Arena in Atlanta, Georgia (Saturday, SHOWTIME, 9:00pm ET).

Their placement comes in stark contrast to the last time they served as chief support and main event on the same card, with Jack defending his 168-pound title in a 12-round draw versus James DeGale atop a Jan. 2017 Showtime card that saw Davis (22-0, 21KOs) win his first belt in a one-sided stoppage of then 130-pound titlist Jose Pedraza. 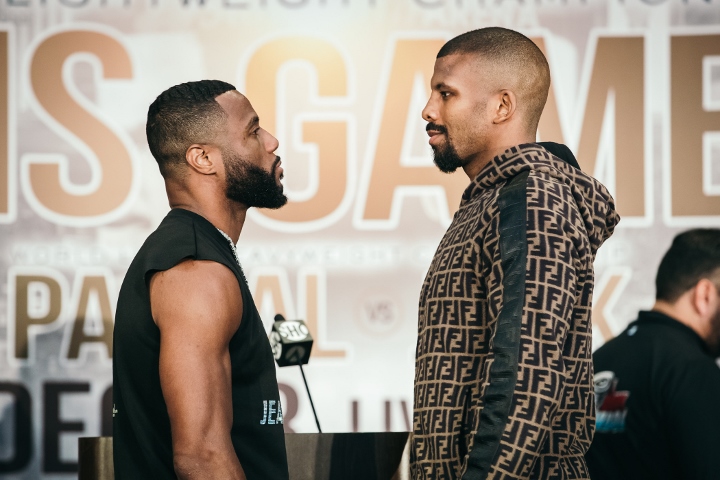 Davis has since emerged as a two-time 130-pound titlist looking to add a third belt to his collection. Meanwhile, Jack continues to add to what is rapidly becoming one of the best résumés in boxing. This weekend’s clash with Pascal (34-6-1, 20KOs) marks his eighth straight versus an opponent who has held some form of a major title. He enters having not had his hand raised in victory since a 5th round knockout of Nathan Cleverly in Aug. 2017 to win a light heavyweight strap.

Since then has come a disputed draw with then-lineal light heavyweight champion Adonis Stevenson last May and a 12-round loss to Marcus Browne this past January. The latter bout remains best remembered for Jack fighting through a gruesome cut which ran along the length of his forehead and bled profusely for much of the second half of their fight.

Pascal went on to beat Browne one fight later, scoring three knockdowns en route to an upset technical decision win this past August.

In a sense, it gives Jack a second chance at a lasting impression. The former champ's place as a supporting player on a show where the star attraction used to serve as his co-star only adds to the determination to recapture past glory this weekend.

“I was kind of flat, regardless of the cut that night,” Jack admits of the lopsided loss which snapped an eight-fight unbeaten streak. “Saturday night, we will see. I feel good, I didn’t feel like this on that night.

Jake Donovan is a senior writer for BosingScene.com. Twitter: @JakeNDaBox

[QUOTE=Kannabis Kid;20283726]The guy has fought nothing but world champions since 2015 and only lost once against dirty Marcus Browne everyone knows he beat Degale and Stevenson who have you fought in the past 5 years? Same thing can be said…

Badou shouldn’t be excited about a secondary title. He’s accomplished too much for that to matter.

[QUOTE=boogbx;20283542]Jack is one of those fighters never understood the hype. Beyond unproven is the story of his career. That said I got Pascal, was never high on Pascal but like I said, Jack ain’t better. I’ll go with the better…

Badou's fight to loose. Pascal had postential in the early days, to bad that he didn't end up at Kronk Gym like Adonnis.