Nicknamed "Crazy A", Hovhannisyan will return to the ring March 28 to fight Jose Sanmartin (30-5-1) for the interim vacant WBA super bantamweight title at The Forum in Los Angeles. The fight will be staged on the undercard of the Vergil Ortiz Jr. versus Samuel Vargas fight on DAZN. 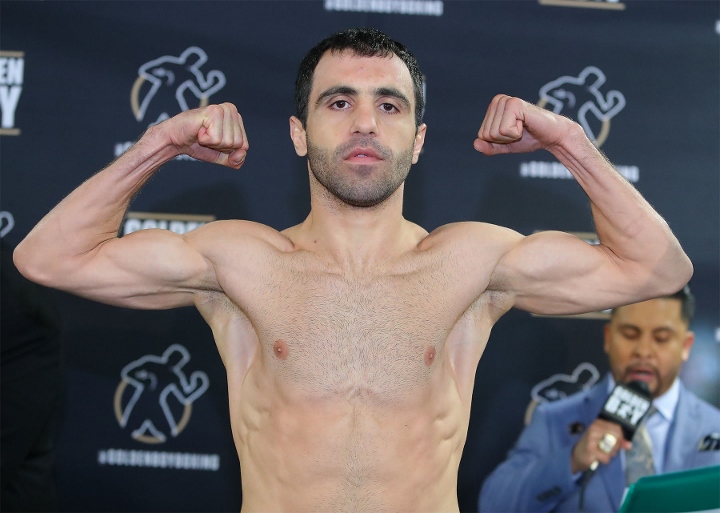 The 31-year-old hard-hitting and explosive Hovhannisyan is riding a four-fight winning streak since dropping a competitive decision to Rey Vargas in 2018. The Freddie Roach-trained Hovhannisyan destroyed Franklin Manzanilla in four rounds in September in a WBA eliminator.

“Ever since signing with Golden Boy, my career has been taken to another level,” said Hovhannisyan. “I got many great opportunities, including a fight against Ronny Rios and a world title challenge against Rey Vargas. Now that I’m fighting for an interim title on March 28, I’m happy to sign with Golden Boy again so we can score a great win and then look for even bigger fights.”

“Azat Hovhannisyan’s career is a perfect example of the outstanding way that we develop our talent,” said De La Hoya. “Make no mistake, Hovhannisyan had a tough start to his career, despite being very talented. But, working together with his excellent team, we were able to hone his brutal instinct in such a way that would maximize his potential and make him into of the most dangerous contenders in the super bantamweight division. I’m positive that he will become a world champion.”

Nice! I love watching Crazy A fight. All action and constant pressure