Austin Trout Plans To Drop Down To 147, Targets Danny Garcia

Trout was last in action in May when he battled Terrell Gashau to a disputed split draw. He said that he doesn't have any issues facing Gashau again but revealed that he has bigger plans on the horizon.

“I’m looking for something else. I’m even looking to try to come to 47 and shake sh*t up," Trout told BoxingScene.com. 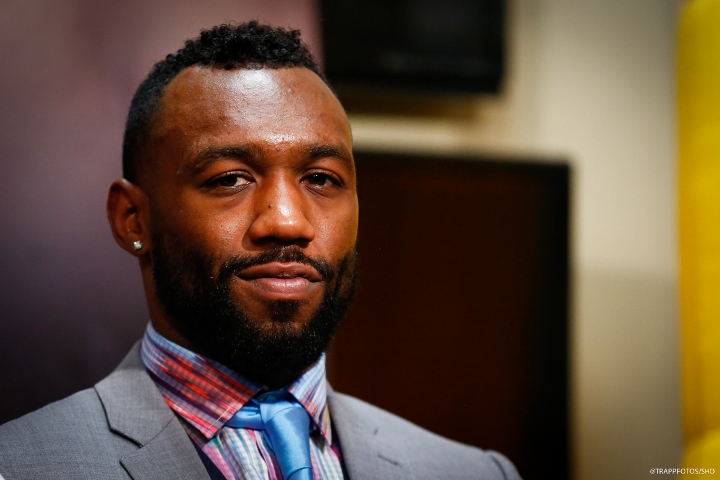 Traditionally boxers look to move up as they age but the 33-year-old Trout says that he is more than up for the challenge over moving down 7 pounds.  He credits a new diet for his inspiration in moving down a weight class.

"I sure can (do it). I make 154 easy and it’s been easier since I changed my diet. With just a little more discipline I am sure I can make it and be strong,” Trout explained.

As for who he would like to fight in his new weight division, he said that he is open to anyone.  When asked for a specific name sans the obvious Manny Pacquiao, Trout said, "give me Danny Garcia. Give me Danny. I’ll take (Adrien) Broner. I will take them all. Keith Thurman. Danny Garcia would be easy work for me or Shawn Porter - I will take the winner or loser (in his fight versus Errol Spence)."

[QUOTE=DuckAdonis;20012743]He just got a gift decision draw vs Gausha man...and got hurt a couple of times. Don't kid yourself[/QUOTE] Lol.. I'm trying to give the man some credit. You're cold as Ice! Lmao

He's been beat by everyone at 154 why not get crushed at 47... Danny Garcia and AB are good welcome fights for him at 47... PBC gotta do something because after porter and spence fight who is Danny Garcia going…

Yea if this all pbc has too offer Garcia he needs too fight bud . Unless he gets 3 mil for this bs he mine as well call arum and make him give 3 mil extra than khan got for…