Austin Trout Discusses How Deal Came Together With Impact Network

Former super welterweight champion Austin Trout (31-5-1) will begin a new chapter of his career when he enters the ring on February 1st against an opponent to be announced in the very near future.

The fight will be the first ever on The Impact Network which is looking to put on at least 24 cards in 2020. The plan is for there to be at least one fight card a month with each telecast consisting of 3 fights.

The 34-year-old Trout feels blessed to be presented with this type of opportunity at this stage of his career.

"It was a series of fortunate events," recalled Trout on how the deal came together.  "Teresa Tapia, the late widow of the late great Johnny Tapia, and Darius "Eddie Winslow" McCary are friends with Steve Marcano and when I got together with him - everything he said was exactly what I need at this point in my career for my second run where I can pick the right opponents and the activity level that I need. This all happened at the right time." 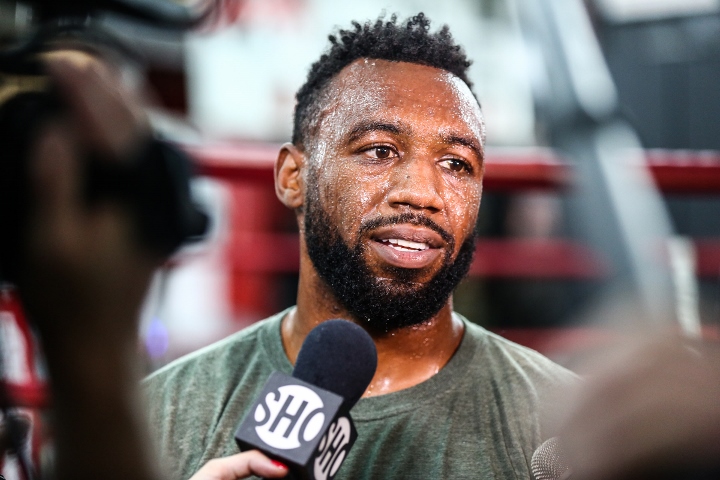 Activity has been an issue for Trout in recent years.  Since 2016, Trout has only fought more than once in a calendar year 1 time.  With this new deal Trout will fight at least 3 times in 2020.

In Trout's most recent interview on BoxingScene.com, he revealed that he plans on moving down to the welterweight division after fighting his entire career near the 154 pound super welterweight limit. He confirmed that is still the plan.

"I am definitely still thinking about that. In my next fight I will touch 150 and see how I feel then the next fight 149 and then it would be down to 147," Trout explained.

The fight on February 1st takes place at Inn of the Mountain Gods Resort and Casino in Ruidoso, New Mexico which is close to Trout's hometown of Las Cruces. Trout expects a packed house in what will be his first fight in his home state since 2009.

"Whenever I say it is a dream come true it is a cliche but it's true. Albuquerque is a fight town and El Paso isn't far away and is another big fight town. Las Cruces is a fight town but it's just not known yet. There are a lot of good fighters from New Mexico and most just aren't known by that many people," said Trout.

As for what the fans can expect to see out of him, Trout said that he still has a lot left in the tank.

"They are going to see a new beginning. It is going to be a stay busy Trout and an active Trout giving a lot of new looks. I want to thank all the fans who have been there since the beginning. I feel like The Impact Network and the direction they are going is going to be the new place in boxing for the comebacks and the come ups and everything in between. A place where fighters can go to show that they can still be stars and for up and comers to show that can become stars," Trout stated.

(Ryan Burton serves in an operational capacity in this new venture)

[QUOTE=j.razor;20264276]Al doing good things for his team.[/QUOTE] Did Al die and reincarnate as Johnny Tapia's widow or the guy from Family Matters? I don't see Gaymon's name at all in the story and there is no indication he was involved…

Trout is a really good fighter. The only person to really outclass him was Lara. He gave Canelo, Hurd and Charlo good fights.