Atlas: Ruiz, In Better Shape, Would Have Still Lost To Joshua

Veteran trainer Teddy Atlas believes the issue of "weight" should not be viewed as a major factor in last December's fight between Anthony Joshua and Andy Ruiz.

In June of 2019, Ruiz dropped Joshua four times and stopped him in the seventh round.

The December rematch was completely different fight, as Joshua fought at a distance and easily outboxed Ruiz for a twelve round unanimous decision to reclaim the IBF, IBO, WBA, WBO world titles. 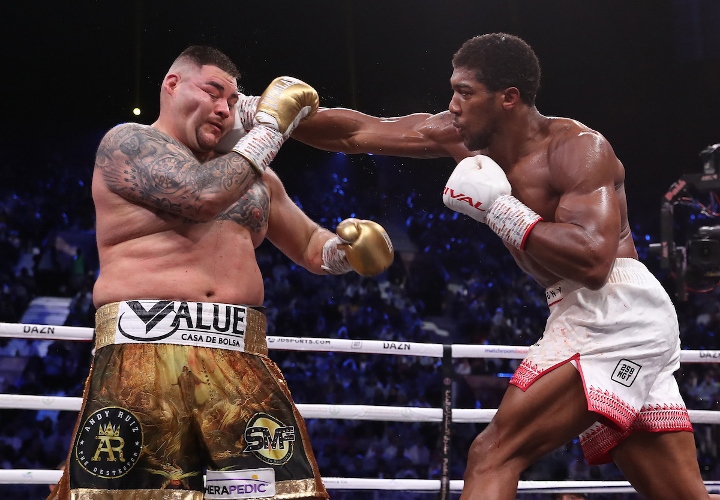 For the rematch, Ruiz was out of shape and admitted that he partied for two months in the aftermath of beating Joshua - which led him to start training camp late.

But Atlas does not see weight as the issue here. He would expect the same outcome if Ruiz had been in better shape.

He felt Ruiz was not prepared to deal with a fighter who was boxing from the outside - and Atlas saw Ruiz make similar mistakes when he lost to Joseph Parker in 2016.

Ruiz, who parted ways with trainer Manny Robles, expressed interest in hiring Atlas - who never heard back from the heavyweight with respect to coming together for a few days to test the chemistry.

"Everyone said, ‘It’s because of the weight.’ I’m going to say that even if he [Ruiz] came in lighter after what I saw, I would say that he still would have lost the fight,” said Atlas to The Express.

"He still would have lost to Joshua even if he had come into the fight lighter. It had nothing to do with the weight. It’s what he didn’t know technically how to deal with a guy boxing from the outside. I can’t help you if you don’t know what you’re doing wrong.

"If you don’t confess to is so to speak and if you don’t acknowledge it. And if you’re not willing to change, I can’t help you. I’m not going to go in there just to get a payday. I’m going in there to win and make a difference. It’s a serious business. I would want to know if he’s on board and where he is mentally. It would have been a couple of days in New York to go through those things, and they were going to call me. The call never came."

[QUOTE=P4Pdunny;20505389]He knew, he even said it in an interview with Sky Sports. Thats why I was so surprised when it appeared that he didn't do anything to prepare for that.[/QUOTE] Maybe he thought AJ didn't have the stamina, but when…

[QUOTE=Luilun;20505662]Weight is an issue gain 20 and go take a jog and tell me if those 20 pounds made a difference or Roberto Duran at 147 fighting a Sugar Ray first fight than Roberto at 168 in 3rd fight he…

[QUOTE=P4Pdunny;20505384]How is he wrong here? The weight is a poor excuse. He's been big his whole life by his admission. If AJ fought the kind of fight alot of people wanted him to, Ruiz would have probably had a lot…

Ruiz doesn't have quick feet at any weight, go watch his other fights, he simply does not have quick feet to close a mobile opponent down. In the first fight he caught AJ planted flat footed.its not an excuse, but…

[QUOTE=Mindgames;20503219]It's always the same thing with certain people on here. It's all, "we dont want excuses" when someone from the UK takes a loss, but when they win the other guy has a list of excuses and they help add…