Top Rank's CEO Bob Arum is anticipating the return of Manny Pacquiao (58-6-2, 38 KOs) to do very good business in the lucrative Hispanic market.

The Filipino superstar retired back in April after winning a twelve round unanimous decision over Timothy Bradley in their trilogy fight. Most experts expected Pacquiao to return to the ring, even after he secured a senatorial seat back home in the Philippines. 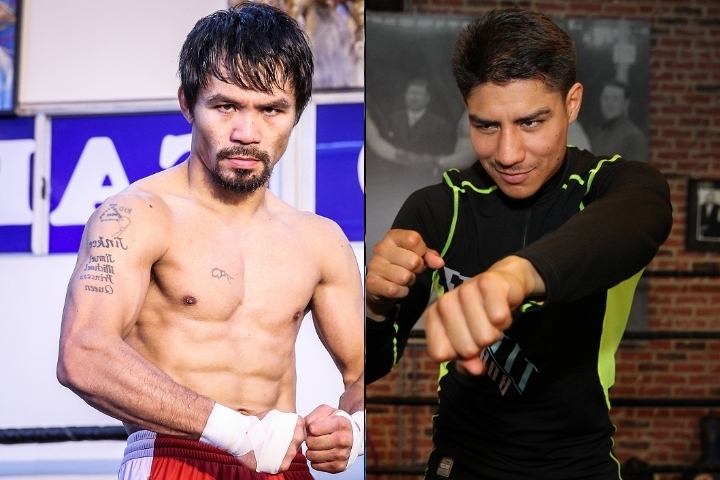 Pacquiao’s selection has not very popular with many fans, and the media. Almost everyone would have preferred for him to face WBC/WBO junior welterweight champion Terence Crawford, who dominated Viktor Postol last month in his first HBO Pay-Per-View headliner.

Vargas captured the vacant WBO title in March after picking up a knockout victory over previously unbeaten Olympian Sadam Ali. Vargas, who is from Las Vegas, has never lost a fight in the city. His sole defeat, with a controversial ending, took place last year in California against Bradley. Vargas hurt Bradley and had him in trouble in the final minute of the twelfth round, but the referee mistakenly stopped the fight about ten seconds early.

Arum believes Vargas, because he's a Mexican-American, is a bigger sell than Crawford. The pay-per-view figures for Crawford vs. Postol were reportedly under 50K. He also expects a very exciting fight with lot of fireworks.

“It’s going to be an explosive fight because it will attract a lot of Hispanic fans not only in America but also around the world. It will attract more pay-per-view buys,” Arum said to The Manila Times. “Manny is a different fighter and I believe he remains physically and mentally competitive.”

Arum believes Vargas, because he's a Mexican-American, [B][SIZE="4"]is a bigger sell than Crawford.[/SIZE][/B] The pay-per-view figures for Crawford vs. Postol were reportedly[B][B] under 50K[/B][/B]. He also expects a very exciting fight with lot of fireworks. There you go, the answer…

[quote=chris232;16954579]and to add to your list, i'd argue marquez 3 was a cherry pick, because everyone said marquez was finished and there wsant much excitement about it. Pacquiao just got the shock of his life when he realised he was…

I will be paying for this ppv because on a sat night with sum beer vargasvspac should be a fun fight. I would have rather see crawford/pac. but vargas is a goog fight. he will give it his all. just…